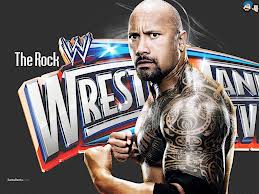 The Rock is a name synonymous with professional wrestling, especially World Wrestling Entertainment, the biggest wrestling company in the World. Both his father and his grandfather were professional wrestlers and he followed in their footsteps. His career in the WWE began in 1996. During his first run from 1996 to 2004, he became one of the most popular wrestlers of all time. He was one of the main attractions of the WWE during their most successful period in the late 1990â€™s. His good looks, chiseled body, natural charisma landed him a role in the 2002 Hollywood blockbuster, The Scorpion King.Soon Hollywood beckoned and after his WWE contract ran out, he went on to became a successful movie star. He made some appearances in WWE from time to time but they were non-wrestling roles.

Seven years later he made his comeback to WWE in 2011.Â Much to the delight of the fans, he began wrestling again. He began competing against the current top stars like John Cena and CM Punk. At the â€˜Royal Rumbleâ€ 2012 event, he won the WWE championship after almost 10 years by defeating Punk. He also took part in the next big event the â€˜Elimination chamberâ€ . He was then scheduled to defend his championship against John Cena in the yearâ€™s biggest event, Wrestlemania 29. However his appearances on WWE programming are irregular due to his movie commitments. Although WWE fans were happy to see him back, his sporadic appearances angered many who felt that a part-timer like him should not be holding the companies top championship.

All of the WWEâ€™s monthly big events are Pay-per-View events. WWE has recently released the buy rates for both Royal Rumble and Elimination Chamber events. Royal Rumble 2012 had 498,000 buys which is significantly more than last year when the figure was 443,000. Elimination Chamber had 210,000 buys whereas last year it was 178,000. It is clear that WWE has tasted financial success by having the Rock participate in its events. It is quite understandable that the company would want to carry this momentum until Wrestlemania which is their grandest event. The WWE needs Wrestlemania to be a huge financial success because it puts all its resources in it.

Some fans have been vocal about The Rockâ€™s performance in the ring. According to them, he is not as good as he is used to be. A section of the fan feels he is simply occupying the top spot which should belong to a full time wrestler who can perform better. But what these fans do not understand is that WWE is a business and it is driven by financial gains. There may be wrestlers who are much better than Rock, but they are not bigger stars who will attract the fans, something which the Rock will do. By putting the Rock and John Cena against each other, the WWE is cashing in two huge stars to bring in the profits. The Rock has mainstream popularity because of his movie career and WWE wants to use it to grow their business. If the fans are coming to watch it then WWE has made the right decision.