Should you go for the Mercedes Benz CLA Class? 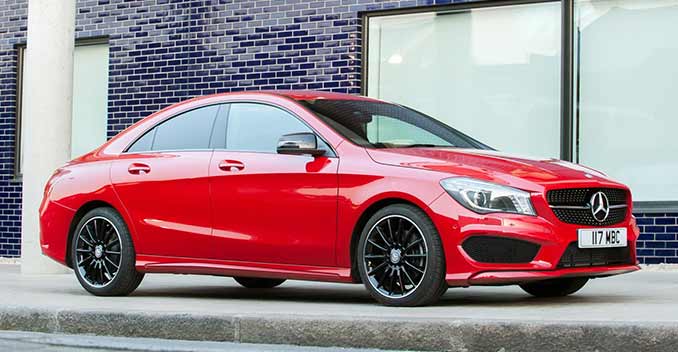 Mercedes has always been considered to be a brand for the uber-rich. The luxury car maker produces models which perform smoothly on roads, no matter how undulating they are, without making you feel anything within.

The cabins are perfectly noiseless and they definitely make driving around town an enjoyable affair. A lot of people want to own the brand simply for the three pointed emblem on its bonnet. Many others are fans of its engineering while several people are thrown off track by its refinement, comfort and driving pleasure. The cost of Mercedes Benz cars has been increasing progressively over the years, which is putting the car out of reach of most buyers every day.

The Mercedes-Benz CLA-Class has hoped to change all these constraining aspects in favour of Mercedes. The car was launched recently within the price bracket of Rs 27 to 32 lakhs. It has been one of the best-selling sedans that were launched in the past year. It was proven to be a runaway success in two of the most important markets of Mercedes Benz- China and the USA mainly for its rakish looks. However, what is definitely a point of contention is how well it manages to retain a head start in the face of competitors such as the Audi A3 sedan.

The CLA has been dubbed to be a sedan model of the Mercedes A Class. When you dissect the CLA name, you will get the A and CL. In Mercedes terms, CL indicates a coupe like, low slung four door vehicle. It was first observed on the CLS Class car which was based on E-Class. It was a low riding profile which created a furore when it was introduced back in the year 2004. The launch of the CLA makes Mercedes anticipate galvanization of the market here right after it has been launched. The car has been targeted at the young customer base of the company rather than the rich and fabulous who can afford the car quite easily. The second half of its name or the letter A indicates that the vehicleâ€™s mechanical parts are the same as the Mercedes Benz A-Class.

The talking point of this car, of course, is the low-slung, sporty roof, which loops back to the rear in one clean swoop. It looks stunning, and itâ€™s not just the roof; the rear of the car is also beautifully designed, with the lines on the sides and the top appearing to converge in the boot. Whatâ€™s also nice is that the already-much-appreciated nose of the car gels nicely with the rest of the design. Thereâ€™s little doubt the CLA is an attractive looking car thatâ€™s much appreciated. The company intends to power the Mercedes CLA Class with the same kind of engines which power up the GLA in the country. The turbocharged 2.0 litre petrol operated engine is likely to produce a power of 181 bhp and it would definitely be the one that you would to opt for if you are gunning for stronger performance. You can expect the car to complete a dash of 0 to 100kmph within 7.5 seconds. The CLA 200 CDI diesel version is less likely going to be performance oriented. The engine measures 2143 cc which would produce a power of 134bhp. The gear box is a double clutch one with 7 speeds. It may be the only choice offered to buyers as long as gear boxes are concerned. It will definitely be a more pleasant ride on the country roads.

When you ingress into the cabin you will see traces of the A-Class signature inside too. The making of the dashboard is almost like the hatchbackâ€™s dash. The make of the CLA is significantly different from the make of the A Class, particularly in the materials used. Even though the Indian specs of the cars are unclear, buyers can safely expect slight more leather, chrome and equipment in the car. Also the quotient of luxury wonâ€™t be compromised upon as the A-Class has ample plastics, built, switches and buttons for delivering a solid luxury impression. Also Mercedes has used several tricks for making the cabin look upmarket, as was evident in the CLA 45 AMG.

The comfort and space is ample in the front seats but the rear seats of the CLA are quite cramped. Its closest competitor, the Audi A3 sedan is much better in terms of rear seating. The low roof of the Mercedes Benz CLA Class makes you bend slightly more during ingress and egress. Also, the headroom provided for tall passengers in the rear seat is quite less.

Mercedes is more likely to price the vehicle as its most reasonable sedan when compared to competitors without getting into the stripped down version with attractive sticker price. It is likely that the car may come with the Executive Edition at some later stage but the price of the CLA is anticipated to begin at the Rs 27 lakh mark (ex-showroom). The state of the art version could go past the mark of Rs 30 lakhs quite easily with its most expensive versions coming up to Rs 32 lakhs almost. The CLA may not be the best car to go for if you are looking for the sedan experience from one of the best car makers of the world. However, if looks appeal to you and you want to drive a car from this luxury car maker, then this may be the right vehicle for you.

You can find great models from the house of Mercedes Benz on the internet by logging into online classifieds. Not only will you find listings of the closest dealerships but also the used cars that are available from Mercedes Benz. These cars are refurbished which is why you can be assured to enjoy utmost premium quality. Use the online price calculator before approaching a seller as it would give you some leverage when negotiating the price of the car. A lot of people have bought these second hand cars for their reasonably pricing and high quality. Log in today to find the location of your nearest dealer of Mercedes vehicles.