Harmful trade secrets of Maggi since 1945 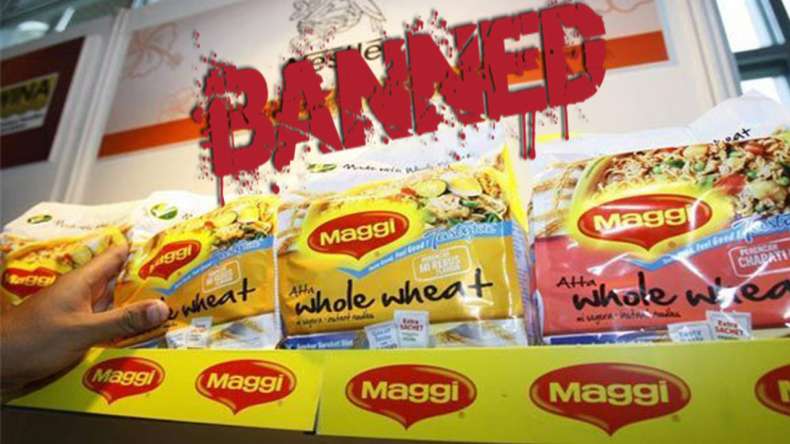 The entire nation has been engulfed in an uproar against the popular instant noodles brand named Maggi. This has been Nestleâ€™s flagship product in the country and has been a moot point for nostalgia across several generations. The company is now pulling out its products from innumerable stores across the country after multiple states are banning it in response to several reports that point to the presence of excess lead in the same. These reports have generated shocking headlines across the entire nation and have clearly pointed to the presence of monosodium glutamate or MSG and lead in Maggi. The former is a flavor enhancer which has been used in a few foods till date. Several customers, retail stores and distributors are boycotting Maggi after the sudden announcements.

Nestle, the huge multinational company behind this super successful product, is still claiming that it is safe. However, the company is still withdrawing its products from the Indian market after being given a prod by governmental organizations and authorities. This is being perceived as one of the biggest scandals involving packaged food since the year 2006. The Health Minister is seeking the removal of all nine products under the Maggi brand from the market. According to Honorable Minister, Mr. J.P. Nadda, Maggi has not adhered to global food safety standards. Local retailers are already feeling the pinch over the last few days, particularly with retail biggies like the Future Group banning the sale of Maggi from their stores. As per reports, Maggi accounts for just 0.0005% of Nestleâ€™s $98 billion market worldwide on paper. However, the damages to the brand image could lead to a disaster in the Indian market.

Maggi contains MSG in reasonable doses enough to spark certain side effects over a prolonged period of time. MSG is also known as ajinomoto which is a popular flavor enhancer for many packaged food companies. However, the names of the ingredient have been changed over the years to help it survive in the mainstream market. According to doctors, MSG will impact individuals who may be unknowingly susceptible to it and lead to asthma attacks of headaches. The latter is a common syndrome for susceptible individuals along with chest constriction, light headedness, burning sensations and stomach pain. MSG may also lead to obesity and lead to overeating as per several reports and studies. Additionally, studies have also talked of possible stomach cancer observed in patients with high exposure to MSG.

Asthma attacks are not known to take place immediately upon consumption of MSG but this may well be a reality after six hours or a little more time. This is why people have not established a firm connection behind the ingredient and the symptom so far. This has enabled companies like Maggi to keep getting away with including the ingredient in their products though the company claims otherwise. MSG has also been linked to male fertility issues and pregnancy failures for those with high exposure. This has been an ongoing affair since the 1970s but corporations like Maggi have managed to cloak the issue to great effect till date.

Maggi made its India debut in the year 1983 and was never really nourishing even though the company claimed otherwise. Maggi has always been at the forefront of several food and nutrition debates since its introduction into the Indian market. Extra sodium in Maggi was first a bone of contention with nutritionists but the issue was somehow dropped under the carpet even though sodium content was approximately 10% more than necessary. Zero Nutrition Maida was also used by Maggi and this was targeted by several food groups and scientists. However, MSG was missed out and this ensured the companyâ€™s continuation of the same flavor for decades. Johannes Maggi developed the first flavor for these noodles in the year 1860 and did it on the formula that the right spices could stimulate tongue receptors into perceiving the meal as a nutritious and delicious thing. MSG is often perceived as direct protein, which makes it more palatable to our tastebuds.

Nestle made use of somewhat the same formula to create Maggi noodles but with a few changes. The company put in more amino acids and sodium to stimulate the tastebuds more. MSG is also found in tomatoes, cheese, mushrooms, potatoes and several other fruits and vegetables. This may have encouraged widespread use in ready to eat products by several companies. Upon the success of the base flavor, Nestle came out with more and more Maggi flavors tailored for Indian customers. This led to extra usage of flavors which entailed the use of MSG to recreate tastes like Manchurian and this was often masqueraded as yeast extracts, spice mixes and soy protein by the company!

MSG is made through the processing of flavors like Bouillon, Maltodextrin and broth and this also called up acid count from the 0.5 gm per serving permissible limit. Even 3 grams of MSG can lead to allergies and headaches according to studies and may tinker with the nervous system leading to inflammation and repetitive stimulation which leads to several symptoms including numbness. The biggest damage is done to taste receptors which completely fail to pick out natural flavors minus taste enhancers and additives, thereby creating inherent demand for the same along with artificial salts. This increases exposure to MSG and may well be the biggest reason for medical symptoms that we do not connect with the ingredient.

Nothing may have happened so far but MSGâ€™s effects are rarely connected to the symptoms referred to earlier. As a result, most of us fail to even make the connection and hence Nestleâ€™s vehement rebuttal of these claims made by doctors and health agencies. The building up of extra sensitivity of taste is harmful for the body and it will no longer be able to keep a tab on stimulation effects as a result and this will keep manifesting itself through nausea, allergies, loss of sight and headaches among other occurrences.