How important is a tablet to users today? 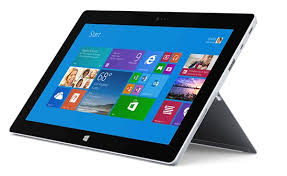 Tablets are a rage among young tech savvy individuals because of the varied functionality offered by the device. From watching movies to light gaming, everything is possible on these devices. Whatâ€™s more, they are available at prices which are comparable to those of smartphones. Many of them come with SIM card slots where SIM cards from various carriers can be inserted for connecting over voice calls. Many of them support 3G connectivity which means you can surf the internet at lightning fast speed.

One of the companies that offer affordable tablets is HCL Technologies. HCLâ€™s ME is the line of products that offer tablets which are up-to-date in terms of features and technology. The HCL ME Y4 Tablet Connect 3G 2.0 is one of the latest offerings from the stable of HCL. It has a large 7 inch HD enabled display which enhances you gaming and viewing experiences. The resolution of the screen is around 1024X600 pixels which translate into a low pixel density. The legibility under direct sunlight wonâ€™t be as good as you would expect it to be. Navigation through different applications is quite easy as the tablet has a colour enriched screen. The visuals are quite sharp and brilliant contrast is presented to you. Android Jellybean 4.1.2 is the operating system that is available on the device.

With the Android Jellybean installed, you can multitask easily on the tablet and download your favourite applications from the Google Play Store. The device is Wi-Fi enabled which allows you to stay connected on the internet for as long as you like. It would also be faster for you to download applications via a Wi-Fi network rather than 3G where reception of the signal is what determines the data downloaded and uploaded. The tablet allows you to make 3G video calls through the insertion of a SIM card.

The memory offered internally in the device is 8GB which can be expanded to 32GB via microSD cards. The space available in the internal memory card wonâ€™t be exactly 8GB as much of it will be used up by the Android interface in the first place. You can use the expandable and internal storage space for saving music files, pictures and videos on the tablet. The processor available in the tablet is a dual core one of the Cortex A9 variety which clocks a speed of 1.2GHz. Even though the processor works well for regular tasks such as messaging and Facebooking, but when it comes to playing graphics enabled games or watching HD videos, it may be difficult. Nevertheless, the 1GB RAM that has been enabled in the device supports much of its performance.

Among other applications installed in the HCL ME Y4 Tablet Connect 3G 2.0, an FM Radio application is built in where you can auto-tune the channels for listening to the news or your favourite songs. A 3.5mm jack has been placed along the side for you to plug in earphones or headphones to listen in. The camera on the device is pretty good as you have a 3.2MP shooter at the back for capturing the great pictures of memorable events of your life. A front camera of 0.3MP resolution has been provided for supporting Skype calling. The resolution may be a little too low for you to click good selfies.

The tablet has been enabled with a Lithium Polymer battery of 3500 mAh. You can enjoy long 3G Talk time hours along with web browsing. The tablet once charged can run through the day with moderate to average usage. The tablet costs around Rs 7500 which is quite acceptable for performers of its category. Most people prefer using tablets because of the larger screen which makes it easy to read on them and also playing games is a delight.

With the advent of phablets, the popularity of tablets has diminished somewhat because they have large enough screens and their power is sometimes more than that of a tablet. For instance, you can get phablets with screens that measure 5.5 inches which has Android KitKat enabled in it, which is missing in a tablet. Tablets are often dismissed by users because they are too big to be carried around and need to be worked with both hands. Because of the entry of phablets which can be fitted into the pocket by a stretch and can be operated with one hand mostly, tablets have been losing their sheen.

Nevertheless, premium tablets are launched in the market every now and then such as the Microsoft SurfacePro and the Nexus 9 and 10. These tablets have superior features such as multi-tasking through multiple windows and large screen sizes. They cost close to Rs 40,000 or so and can be plugged to a keyboard and made to work as a laptop. They often have stands in their bases using which they can be propped up on tablets. Affordable tablets usually do not have these functionalities. But that is not something to be disappointed with as most buyers of these tablets do not need these advanced functionalities. Buyers of affordable to middle range tablets want a device which is good for gaming, watching movies and reading books. For them, good resolution and screen size with substantial RAM is what is needed.

Companies such as Micromax, HCL and MSI have made a fortune almost making affordable tablets which can be used for everyday tasks and not something sophisticated. These tablets are chic enough and look stylish to attract buyers.

If you are looking to buy a tablet, you could opt for MSI or Olive as low cost brands because of their functionality. Those who can extend their budgets slightly could go for the iPad Mini or Samsung Galaxy Tab which look chic and have great features. These devices are great for time outdoors as they are ideal entertainment units. You can also go for a second hand HCL ME Y4 Tablet Connect 3G 2.0 which could be bought for as low as Rs 5,500. All you have to do is browse through the advertisements on online classifieds sites.