How Much Better are the BMW M3 and M4 Than Their Predecessors? 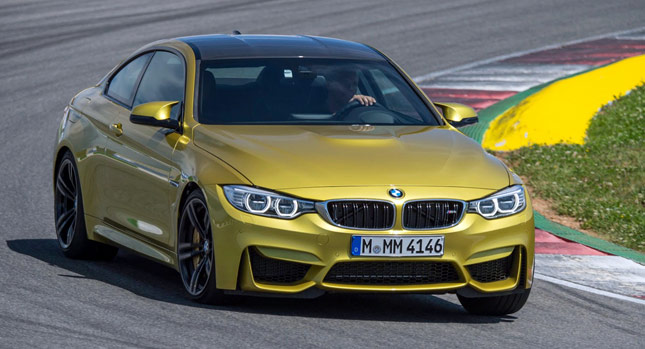 The M3 is one of the most popular sports sedans from BMW which has been revamped as a 2015 model. A coupe model has also been launched with the M3, as the M4 coupe. It has a 3L and 6 twin turbo in line engine which produces power of 425 horsepower. The previous model of the M3 had a 4L V8 naturally aspirated engine which roared to a peak horsepower of 414HP. The car produced a torque of only 295 pound feet which meant it was a fun and wild car which was high strung and much exhausting.

A lot of enthusiasts have expressed outrage that the BMW M3 and M4 have shared an identical 3L engine block which has been downsized. However, except this bit little else is shared with the 4 series coupe or 3 series sedan and convertible.Â  The automobile industry wants to send out a clear message that turbocharged and downsized engines are not only inevitable but also unbeatable for the combination of fuel efficiency and torque. The BMWâ€™s latest twin turbo engine generates 406 pound feet torque, which is around 111 more compared to what it used to. The torque is available at any speed of the engine between 1800 to 5500 rpm. The rise in fuel efficiency has been around 25 percent almost compared to previous models and emissions of carbon dioxide have been reduced by 25 percent.

This car can jump to 60 miles per hour (almost 100kmph) within 4.1 seconds which is 0.7 seconds faster than before. Given the fact that the engine has better drivability, performance along with efficiency, criticizing the car over the origin of it can be quite pointless.

The story has been repeated for the M4 coupe too, which was called M3 coupe previously. The toss up in performance shall leave prospective buyers excited and eager. The signature advantage that BMW has is that it can seat 4 adults quite comfortably with enough cargo seat compared to 2 seater sports cars. Holding on to the M3 sedan may continue to seam more plausible even if the numbers of members in your family increase.

The BMW M3 and M4 are undoubtedly impressive but they come with hefty price stickers of $85,000 and $86,200 respectively. They have definitely been increased from the base prices of $62,925 for M3 and $65,125 for M4. An Executive Package is offered with the vehicle which has a head up display unit, a rear view camera and heated steering wheel which would cost an additional $4,000.

Those interested in buying the vehicle should forgo the carbon-ceramic brakes worth $8150 and also opt for the nimble 6 speed manual transmission model rather than the DCT dual clutch automatic gearbox. The DCT is also quite pleasurable for paddling through gears even as it betters fuel efficiency and cuts down the time to go from 0 to 100kmph to an unbeatable 3.9 seconds. However, you will have to pay an additional amount of $2900. Other add-ons that are offered are 19 inch black alloy wheels which come for $1200 and the M adaptive suspension with settings ranging from stiff to soft come for $1000. It would definitely raise the price of the older models of the coupe to sedan to $75,000, which would definitely save you $11,000. It may be almost $20,000 more than the Corvette Stingray or the BMW 335i. However, it is certainly less than the Porsche 911 Carrera by $20,000.

BMW has introduced hollowed air inlets and air curtains that are aero enhanced for dominating the frontal view alongside the power dome bulge on the hood and the stunning exterior mirrors which have been placed on slim dual stalks. Quad exhaust pipes and rear diffusers jut out from the back. The roof made of carbon fibre shelter both the models with the M4 having a particularly shapely carbon-fibre trunk lid which adds extra down force. Inside, the seats of the M3 have been replaced with deeply bolstered ones with integrated head rests. The analogue gauges look classic and clear. The standardized brakes have been evolved to strong four piston units (carbon-ceramic versions have 6 pistons) from sliding callipers. The system is a track specified one which betters cooling for the engine, transmission and turbochargers. The power moves downstream via carbon fibre driveshaft. This is what makes the newer models lighter by almost 20-25 kilos and lesser energy is wasted for rotating masses. The back axle sub frame moves directly in the chassis as is seen in sports cars and nil rubber bushings are there. This improves control through reduction in flex and keeps the driving wheels on their correct path.

Apart from the power train, the M series is the hidden weapon of performance. Monitoring angles of the steering wheel, wheelspin along with other parameters, it seems this device has its traction enhanced which sends power to the highly efficient system. The individual performance settings of the transmission, engine, and suspension along with steering assist smack of the signature fussiness by BMW. The macro M2 and M1 switches the steering wheel on and allows you to programme the one-touch settings for the numerous systems. The engine also goes back to its lazy settings when the car is started.

The engine puts forward a basso rumble for its configuration and size but as it is seen with several turbo engines, it sounds distant and muffled. The steering sensations are also quite distant. However, they are smartly weighted and accurate along with being agile. This makes the car behave confidently and consolidated which makes you forgive an absence of fingertip feels.

The BMW M3 and M4 balance, superlative power along with brakes present a rousing argument. This is a rare 4 seater car which belongs on a race track. When the back tires finally loosen up around curves, the flick of counter steering brings its body back on line.

The carâ€™s brawny attitude can be summed up by its automatic launch control. When dialled up, the system lowers the clutch to 3500rpm which sets the back tires on fire and makes the car go zigzag at a dizzying pace. The BMW M3 and M4 combine latest technology and tradition for setting up a fast and breathless tempo. The cars are a good indication for fans and owners who are concerned about the future of BMW.