OnePlus One – Should you go for it? 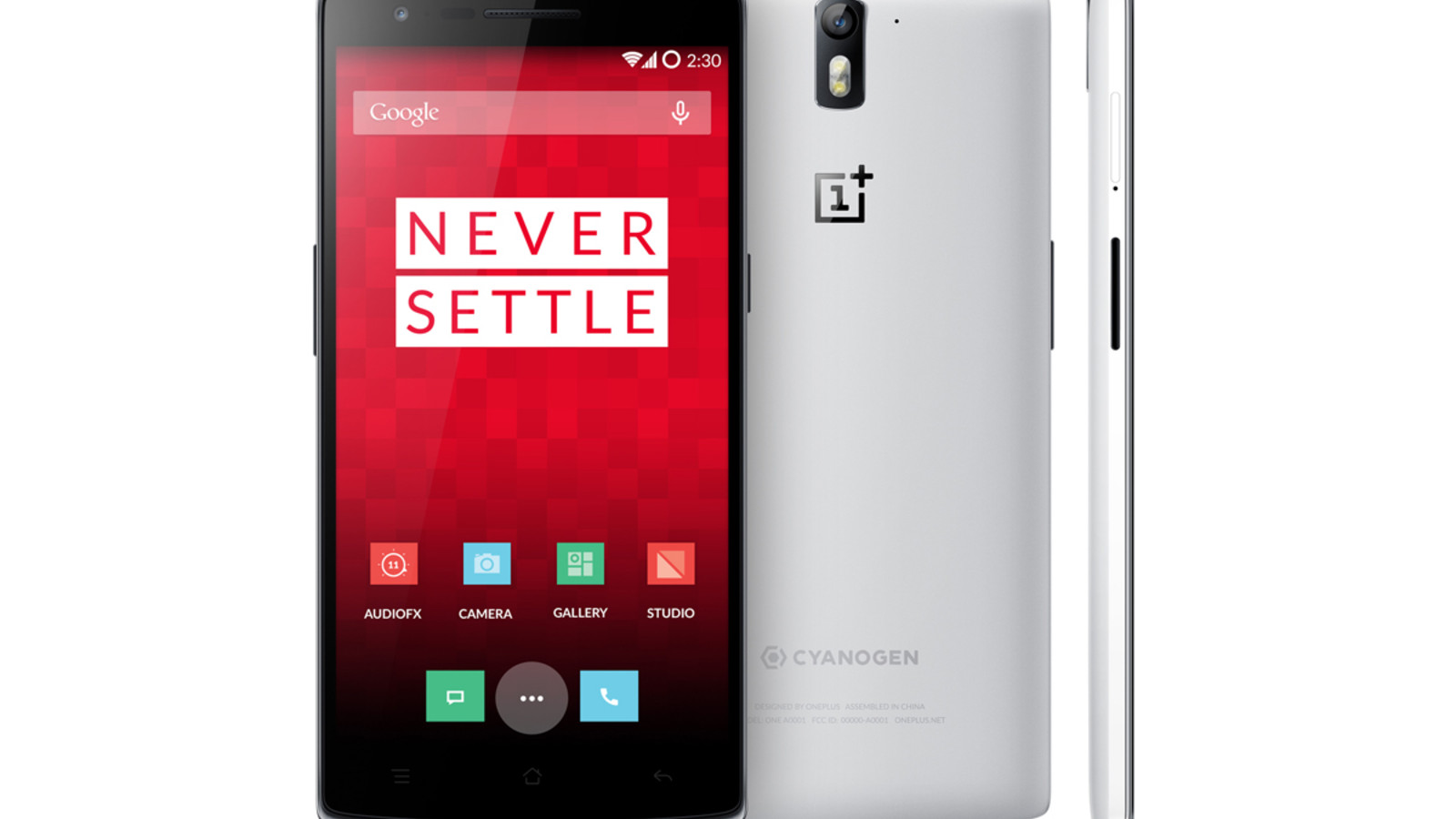 The OnePlus One is a device which gives tough competition to Samsung Galaxy S5 and HTC One M8 in terms of sheer specs and its affordable cost of $299. That is lesser than half of the price of these flagship devices. Despite the sheer features promoted there are quite a few flaws in it. However, given the price tag at which they are available along with the other features, the flaws seem to be minimal.

It has been observed that when an affordable handset offers specs which can give the leaders a run for their money, the design often suffers. It would be difficult for the companies to make a pioneering design rather than including the latest chip set from Qualcomm. The OnePlus One makes an exception here because it is easy to use and hold. The brilliant metallic sheen of the HTC One M8 may be lacking in it and it may not turn heads like the golden coloured iPhone 5S does, but there are rarely any phones in the market that do the same.

It is larger than both Galaxy S5 and One M8 at 5.5â€. However, the resolution is the same at 1080X1920 resolution of full HD. For the large screen, the pixels appear less dense. However, with 401ppi it can be called anything but dull. The display is an IPS one which explains its accuracy and sharpness when viewed from angles. It has been constructed by JDI, responsible for making the One M8. The brightness setting at default may seem a little week but when it is increased, you may get a picture which appears quite bright and impressive in terms of deep blacks. The processor of the OnePlus One is its highlight, being a quad core 2.5GHz Snapdragon 801 one.

The CyanogenMod 11S has been embedded in the phone, based on Android 4.4.2. It is an open source bespoke firmware projects which opens out and modifies Googleâ€™s OS. It is numerous steps beyond the regular heavy handed manufacturer skin that we usually get. It is a great handset for those who want to modify things on their phone.

The CyanogenMod gives the user customization power rather than compelling them to bear excessive bloatware along with restricted interfaces. What has been omitted in the phone surprisingly is the storage front. The internal capacity available is only 16GB where 4GB is allotted to the system and operating system. Not much space shall be available for media, apps and photographs. Moreover, no space for a microSD card has been allotted within the phone.

This is one of the technical areas where the OnePlus One fails compared to the expensive flagship handsets from Samsung and HTC. However, all is not lost on enthusiastic Android users. The OnePlus One can also be bought in the 64GB variant. The better news is that it is not priced much above the 16GB version. You may have to pay $50 more for the 64GB version rather than 16GB one. The price jump is much less compared to Apple handsets where you have to shell out a lot of money for moving from 16GB to 32GB and then 64GB.

Another setback for the handset is its lack of 4G connectivity. Only a couple of frequencies are supported by the LTE chip fitted in and hence you may not be able to receive 4G speeds for data connectivity everywhere.

The OnePlus One has a 13MP shooter for the primary camera. The sensor is a Sony Exmor BSI one and the aperture is around f/2.0 which blows the Nexus 5 out of the water. Apparently, this handset is the direct rival of the OnePlus One. The camera is a reasonably good one. There is a bit of lag between the camera snapping an image and pressing the shutter button, which may be because of the slow auto-focus system.

However, the end results obtained look quite pleasant. Images which were snapped in good light appeared sharp and with accurate enough colours. When you focus on the objects nearby, they tend to look poppy especially with the detail coming up against the background which looks defocused. The daytime photos too appeared quite decent and did not produce the excessively murky and unsaturated look that can be seen in other smartphone cameras.

The HDR mode in the phone is also quite effective although there is a sense of falseness that comes up in the photos. Also, when the images are made too bright, there are several strange marks that can be seen on the images. The video recording on the phone is an FHD one with 1080p. It is quite smooth and crisp although sound picking up seems quite harsh. Playing back the sound may seem a little pushed through one sound channel. This is another feature that needs to be addressed in the future software updates.

Performance of the Phone

The OnePlus One has one of the quickest processors in the smartphone market right now and is backed by the copious allotment of the RAM, which means that the phone performs highly impressively. The performance of the phone is much aided by the firmware CyanogenMod which makes use of the intuition and speed of stock Android. With added customization options in the settings menu, you would be able to personalize the phone to suit your needs.

Because of the higher end specs of the phone, the handset suffers the most because of the omission of microSD slots. The absence of storage is a big bottleneck here. Another bottleneck would be the absence of a removable battery. The volume and call quality suffer a lot which makes it worse than quite a few entry level smartphones.

The price to performance ratio of the OnePlus One is a very impressive thing about the smartphone, giving even the Samsung Galaxy S5 a run for its money at half the price.

The OnePlus One could be called the higher end of the Android World. However, the few and significant flaws which interfere with usability on a daily basis. If you are looking for a high end phone which could be customized to the last degree and you donâ€™t mind a few limitations, then this is definitely the handset for you.