One thing that is amazing is that as the US election has heated up, it has generated more memes than anyone could ever imagine. It doesnâ€™t matter if you are an independent, a democrat or a republican when it comes to your political favors. It is impossible to miss these memes that are all over the internet and you are bound to have a good laugh at their expense. Letâ€™s face it, the amount of new memes that we see on a daily basis are growing by the minute so itâ€™s time to take a look at what it out there and compare the top 5 internet jokes of the election so far.

Recently it has become very apparent that there are many issues with Ted Cruz, aside from seeming like he is from the 1940â€™s and likes to lie about everything. He also seems to resemble a character from Looney Tunes, which has everyone skeptical about that fact that he was able to have five mistresses. Have you really looked at this guy?

Thanks to this guy, Donald Trump, every time there is a debate or an election story he is all over it. He also seems to have over millions of voterâ€™s every time that he is on the television. Everyone is hanging on to his every word wondering what he could possibly say next that will continue to entertain and also surprise voters all over the world. The Donald is noticeably a bit Orange, he cannot help but to be the subject of Redditâ€™s meme pool. 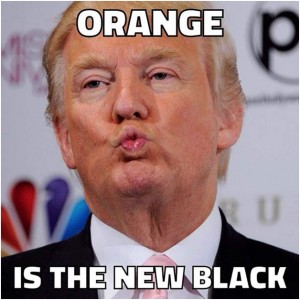 While there are many issues with Ted Cruz, the most apparent one for those who are familiar with his policies is that he is a sociopath. He worked in Texas to always make sure that the most difficult of sentences were given for the lightest of crimes. There was one gentleman who was sentenced for 16 years for the possession of marijuana. This Cowboy is a little too rough, even by Texas standards.

This little guy, also known as a Blobfish was discovered during the election. Is it any wonder that it is being seen as a comparative for Ted Cruz? Just take a good look and you will realise the resemblance is uncanny. 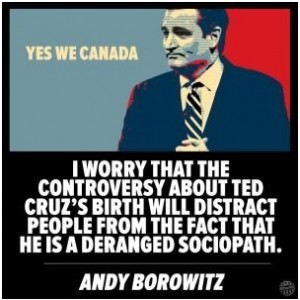 In the wake of one of the most contentious elections ever on record, Hillary Clinton was seen to have used a personal server for the delivery of classified emails. Although she has been in the middle of an investigation since then, she also has continued to hide the locations of the emails to fight the work that the government has been trying to do in the investigation on her behalf.