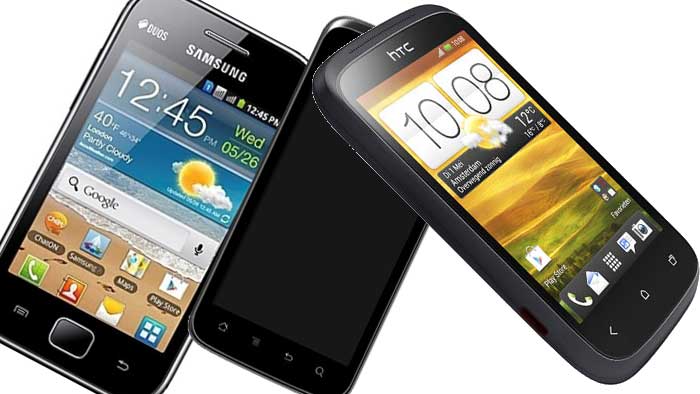 Most smartphone users are shifting to the price range of Rs 25,000-30,000 because these phones offer better specs and are a great delight for usage. Every smartphone manufacturer has decided to enter this sphere because of the demand that is generated here. If you are looking to buy an Android handset which has been priced less then Rs 25,000, you can consider these models. They have great specs and offer features which will make your experience of using a smartphone a smooth one.

The Samsung Galaxy Note 3 Neo is a less powerful edition of the Note 3 which has been priced at a higher amount. A lot of users who want to buy the handset but backed off for the price can opt for this. The Note 3 Neo belongs to the Note series which comes with a stylish that allows you to do a lot of extra things which have good fun and utility. As it is a lower version of the Note 2, the specs are quite good. A 2GB RAM powers the phone with a hexa core processor. The handset is powered by Android KitKat which makes it a delight to use. The battery back-up is quite good and so is the 8MP camera. It feels quite premium and you will feel hardly much difference with the Note 3. The phoneâ€™s price is around Rs 24,000.

This is one of the best handsets for youngsters to use. A great number of features and hardware has been packed into the phone for smartphone enthusiasts to enjoy. An amazing performance, stunning design, good battery life and great camera is what defines the Desire 820. It has an Octa Core processor in it which runs on 64 bit. The Snapdragon 615 from Qualcomm processor and RAM of 2GB lend a great performance and make the phone work smoothly. The screen is a 5.5 inch one and has a resolution of 1280X720 pixels which produces an impressive pixel density of 267 ppi. All in all, it is a respectable display unit but the screen could have been better which would make it perfect. The handset has a 13 megapixels primary camera and a front camera of 8 megapixels (great for selfie clickers!). Both the cameras reflect HTCâ€™s superior engineering quality. The storage space offered within the handset is also quite good. The phone has an internal storage of 16GB which can be expanded till 128GB. The battery life of the HTC Desire 820 is also great as the Li-Po battery of 2600 mAh strength works well. It is a great handset and must buy for many. If you are looking for a good handset within Rs 25,000, this will definitely be a great buy for you.

Chinese handsets are taking the smartphone market by storm. One of the first Chinese companies to enter the Indian smartphone market is Gionee which offers the Elife E7. It comes with the latest possible hardware and great camera- 8MP secondary camera and 16MP primary camera. It costs around Rs 24,000 and has a quad core Snapdragon 800 processor from Qualcomm which clocks a speed of 2.3GHz and RAM of 3GB aside from a 5.5 inches FHD display unit and storage of 16GB.

The GioneeElife E7 32GB comes with 3G and 2G connectivity options along with NFC, microUSB 2.0, Bluetooth 4.0 and Wi-Fi. The only flipside of the handset is the slow user interface that the phone has along with the lack of external storage slots. The phone is available at a price of Rs 27,000. The handset is a good one so you should consider stretching your budget for it.

OnePlus One is one of the most compelling handsets available. The handset is much sought after because of the exclusivity associated with it- you need to be invited for it. The body is a plastic one which looks good and sturdy. The curves on the phone are smooth which makes this 5.5 inch phone fit well into your hands. It runs on top of Cyanogenmod which allows you to experience stock Android with enhancement capabilities endowed by Google. The customizations are good which allow you to control the device. The Cyanogenmod shall soon be upgraded to a user interface that the company is developing. Till then, bug fixes shall be offered to users time and again. The phoneâ€™s performance is quite smooth for its powerful processor. The audio quality is very good and so is the battery back-up. The cameras work well on the handset and produce natural hues. It is quite a fun exercise to use the OnePlus One handset as it balances everything. Good design, flagship processing, high quality cameras and stable battery life and software define this high quality handset.

Another Chinese handset, the Lenovo K900 32GB is powered by Intel and works on the Android interface. It is super thin at 6.9mm and has a brushed durable and svelte metal casing. The primary camera is 13MP while the display unit is 5.5â€ and has a 1080p FHD quality. The screen size and resolution allow you to enjoy the handset to the hit. The operating system may be a disappointment to some for it works on Android Jellybean 4.2 when most phones are operating on Android KitKat or even talking of upgrades to Android L. The processor is an Intel Aton dual core Z2580 one which clocks a speed of 2 GHz. For basic tasks this is a passable enough configuration. If you arenâ€™t one who is into a lot of gaming, then this will work well.

Oppo is a brand from China which is trying to capture the Rs 20,000-Rs 30,000 market in India. It is offering the R1 at a reasonable price. The capacitive touchscreen measures 5 inches and is an IPS LCD one. The resolution of the handset is 1280X720 pixels which translate to 294 ppi. The glass is protected by the Corning Gorilla Glass 3 one which also makes the screen sensitive to tough. The processor built in is a quad core Mediatek MT6582 one with A7 Cortex. It clocks an average speed of 1.3GHz. The graphics in the phone is supported by a Mali 400MP2.

A major problem that users would face is that the internal memory is a 16GB one which cannot be expanded further. The RAM built in is a 1GB one. Android Jellybean 4.2.1 powers the handset which feels a little dated in todayâ€™s time. The primary camera is an 8MP one which is supported by LED flash. Videos can be recorded at 1080p. For selfies, a 5MP camera is offered.

Lenovo has earned much of its reputation from manufacturing high quality laptops and electronics peripherals. The Chinese giant has now turned its attention to the smartphones market and is churning up handsets with reasonable configuration every now and then.

The Lenovo Vibe X2 4G comes with a 5 inches capacitive touch screen. It can support dual GSM SIM cards. The primary camera built in is 13MP whereas the secondary camera is a 5MP one. The handset is a 4G LTE enabled one which allows you to enjoy superfast internet. It can also be connected to Wi-Fi networks. The operating system powering it is an Android KitKat 4.4 version, which is one of the latest available. An octa core processor 6595M from Mediatek powers the phone which clocks a speed of 2GHz. It is a perfectly acceptable phone as it offers great functionality for everyday tasks and gaming.

Trust Sony to come up with a great handset for smartphone enthusiasts to enjoy. The Xperia Z Ultra has a screen of 6.4 inches with a FHD resolution of 1920X1080 pixels, translating to a pixel density of 344 ppi. It has an IP58 coating which makes it dust proof and water resistant up to 1 metre. The operating system is a little dated at Android Jellybean 4.2 but the good news is that you can upgrade it to KitKat 4.4.4. It is also rumoured to receive the Android L update. The chipset is a quad core Qualcomm Snapdragon one with a Krait 400 CPU. The graphics displayed on the phone are powered by the Adreno 330 GPU. The RAM is a 2GB.

Internal storage space offered is 16GB which can be expanded to 64GB using a microSD card. The primary camera offers features of autofocus and checking. It is an 8MP shooter which can be used for recording HDR videos. Panorama and face detection are some of its other features. The secondary camera is a 2MP shooter which is quite reasonable for selfies.

There are several other handsets from these companies that you can try out within this price range. They are available online and in mom-and-pop stores in abundance. You can also scout the second hand market which offers these handsets at even lower prices.