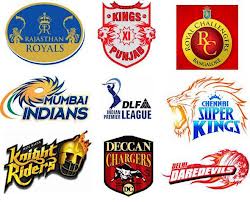 In the world of entertainment, Indian Premier League has claimed a special notice and position since last 6 years. Everyone does not have the same opinion but huge crowd has welcomed it as the biggest entertainment season in their life. The popularity is not limited to the cricket playing countries but also non playing countries too.

IPL is all about big players, big money, and convergence of other country players, mixture of techniques, sixes, fours and entertainment, though everyone does not think in this way. They said IPL is all about money and buying and selling of players like commodity and the ultimate bottom line is it is no cricket.

But most of the people do not have much time to think about it. All they care is big players hitting big sixes and the favorite players raising their bats. Initially bowlers did not have any place in this cricket format. All the big money used to go to batsmen. But nowadays bowler have found their way to success and adapted to it very well. Most of the games played in the Indian Premier League nowadays are not of big scores. Batsmen have found scoring runs tough. But the craze of IPL have not gone down a level yet but increased can be said.

The inclusion of entertainment world, Bollywood, had given an extra entertainment value to Indian Premier League from its dawn. Few stars from the Bollywood like Shah Rukh Khan, PritI Zinta, Shilpa Shetty own teams in IPL where as other stars are very regular on the cricket ground during the IPL days to support their favorite teams. Often they use Indian Premier League as a platform to promote their films. Indian entertainment industry has started taking IPL very seriously and respects it. No big project or production company dare to release the film during this 1 and half moth of period I fear of to not get a full house show during match times which is 3.30 pm to almost 11.45 pm in IST for two matches.

Indian Premier League has given a booming platform for the advertising and endorsement business too. The gathering of huge crowd is always a kicker platform for promotion. Few people are using this carefully and effectively to get the best out of it.