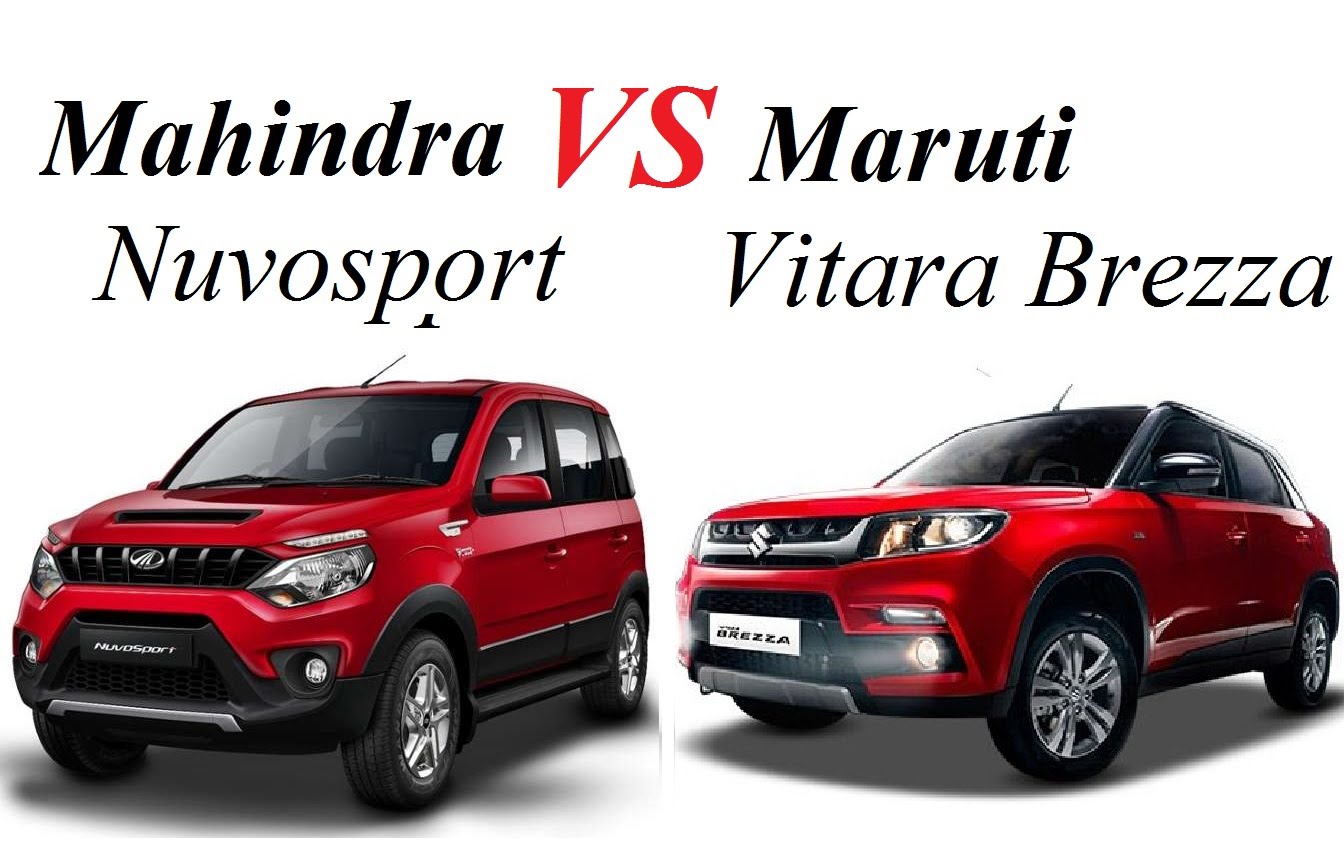 On paper, it may look like a really hard comparison- the Vitara Brezza is clearly ruling the sales charts while the Mahindra NuvoSport feels like a car much bigger than the compact SUV segment where it is being positioned by M&M. The sub 4m SUV segment is hugely lucrative in India and car companies are realizing this and hence this flood of upcoming launches in the segment.

Design wise, the Brezza offers a neat design with clean lines and subtle styling cues while the NuvoSport is more flamboyant, eye grabbing and is visibly more intimidating and big as compared to the Vitara Brezza. The Brezza has a black dashboard with aluminum touches and build quality is slightly better than the NuvoSport. The NuvoSport gets a dashboard similar to the Quanto. The Brezza offers seats that are a little too firm while the NuvoSport comes with wider seats but they are not as supportive. The NuvoSport has a longer wheelbase and more interior room. The jump suits are the back make it a 5+2 arrangement though these added seats are ideally suited for children.

The NuvoSport is wider than the Brezza and hence more comfortable on long trips. The NuvoSport has two extra seats, big space under the rear bench and a bigger boot. The Vitara Brezza gets keyless entry, push button start, navigation, Apple CarPlay and projector headlamps which are not present in the NuvoSport along with automatic climate control and a cooled glove box and reverse camera. The NuvoSport only has parking sensors at the back. Both the cars have ABS, EBD and dual airbags. The Brezza and NuvoSport both come with touch screen infotainment systems though the former is easier to use. The Brezza has a 1.3 litre diesel motor which dishes out 90 PS and 200 NmÂ while the NuvoSport has a more powerful and punchier engine. However, the lower weight of the Brezza makes it quicker and VGT eliminates all traces of turbo lag.

This goes to show that when it comes to total ownership costs of both models, the Vitara Brezza edges past the NuvoSport. In terms of handling, drivability, features and overall experience, the Brezza is definitely the better car to buy.Â