Which smart phone should you go for Lumia 730 or Yu Yureka? 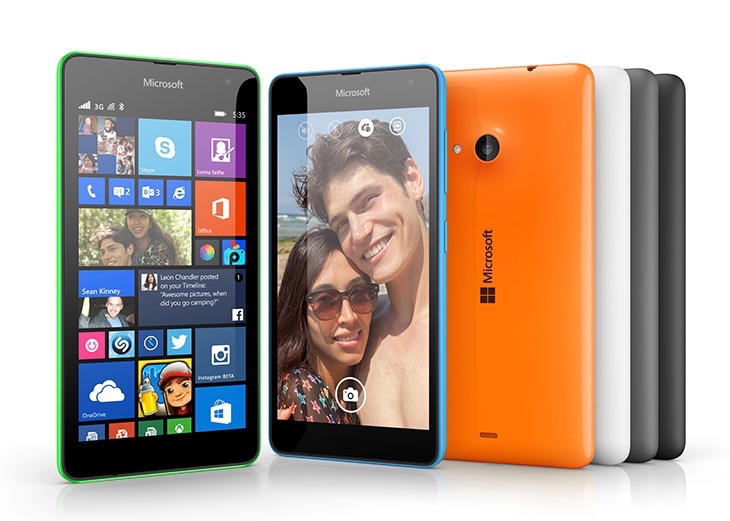 The smart phone market has been revolutionized with low cost handsets which has ended the long run monopoly of Samsung, which offered passable features at this price.

The revolution was started by Motorola with the Moto G which offered Android 4.4.4 KitKat on the handset, stylish looks, a 5MP rear camera, in-built storage of 8GB or 16GB and 1GB RAM at Rs 14,000 or so. Soon enough, other manufacturers joined the bandwagon to cater to this segment. Add to that, Chinese makers such as Xolo, Oppo, OnePlus and Gionee which are vying for each otherâ€™s market share in the consumer dominated market of India

Indiaâ€™s home grown smart phone brand, Micromax has recently come up with the Yu Yureka which has set the market ablaze renewed. The company had begun pre-bookings which had crossed 3 lakhs by 25th December, the last date of placing the order. In fact, the pre-booking date had been extended because of burgeoning demand. The phone shall be launched on 13th January, through some specific e-commerce sites. Roughly 10,000 handsets shall be released in the market.

The handset has been priced at an optimum price of Rs 8,999 and has some impressive specs, to say the list. The dual SIM handset shall feature Cat. 4, which is a 4G LTE connectivity and shall be powered by the Cyanogen OS 11 based on the Android KitKat 4.4.4. The display unit is a 5.5 inches one with FHD IPS display that is protected over by Gorilla Glass. The resolution of the handset is 1280X720 pixels. An Octa core Qualcomm Snapdragon 615 system-on-chip of 64bits has been embedded, where each core clocks at 1.5GHz. The graphics shall be powered by Adreno 405. The handset shall have a RAM of 2GB and built-in storage of 16GB which can be expanded up to 32GB via expandable memory. The front camera is a 5MP one with fixed focus while the rear one is a 13MP one CMOS Sony Exmor rear camera. The primary camera has a flash and aperture of f/2.2. A Li-Po 2500 mAh battery shall power the phone.

Windows phones are becoming quite popular among the masses now that Microsoft has acquired Nokia fully and rebranding it. The Lumia 730 has a screen size of 4.7 inches which also has a resolution of 1280X720 pixels which translates into a pixel density of 316ppi. The phoneâ€™s pixel density is higher than the Yu Yureka which means the colours shall appear more bright and lively on screen. The processor is a quad core Qualcomm Snapdragon 400 one, which clocks at 1.2GHz. The RAM is a 1GB one. The internal storage provided is an 8GB one which can be expanded to 128GB via MicroSD card. The cameras on the handset are quite impressive- 5MP for selfie obsessed users while 6.7MP for the rest of us. A flash has been provided with the primary shooter to make darker photos more colourful. The operating system is a Windows Phone 8 one. No word about upgradability to v8.1 has been announced.

Comparing between the two handsets

Both the phones belong to different genres- one is a Windows phone while the other is an Android one. Buying an Android handset is always a better option because it is a better developed system and has more numbers of apps available for you to enjoy. However, just as there is no word about the Lumia 730 being upgradable to v8.1, the Cyanogen OS 11 is a relatively new one and its bugs and problems are yet to be identified to the hilt. Being one of the first buyers of the Yu Yureka can land you in a trouble in case the OS has major problems in it.

When it comes to the hardware, the Lumia 730 is completely blown out of water by the Yu Yureka, where most of its features are almost half of what the Yu Yureka offers! The camera on both the handsets, however have the same numbers of megapixels. The Sony CMOS Exmor technology in the primary camera of the Yu Yureka alongside the f/2.2 aperture may actually make a difference to the picture quality captured. However, unless it has been tested adequately for indoor and low lighting photography, nothing can be commented upon right now.

The Lumia 730 has been priced much higher than the Micromax Yu Yureka, by almost Rs 5000. The Lumia 730 dual SIM handset costs around Rs 13,899 which is quite a bit for the features offered by it. However, the storage offered by it is more for you to store your entertainment files along with official documents. Laying your hands on the Yu Yureka will be quite difficult for some time because of the huge numbers of pre-orders that have streamed in. it seems as if Micromax is going to repeat what Motorola had faced back in 2013 and a good part of 2014 when handsets like the Moto G and Moto E were shown to be out of stock for weeks on end almost. If you are looking to buy a handset for immediate use, then going for the Lumia 730 would be a better idea as the waiting period for it is much less.

At the end of the day, the use to which you will be putting the handset is what should control your purchasing decision. If you are passionate about gaming and watch a lot of videos and media files, the high quality hardware of Micromax will prove to be handy. Moreover, you will also get to access the thousands of apps available on Google Play Store and work with the latest Android OS. The Lumia 730 has a dated OS and its features are best for everyday tasks. If you like smaller phones with tried and tested software and features, the Lumia 730 would be a better choice.

Both the handsets are available on the internet and you would do better to pick from there as they would come at discounted prices.