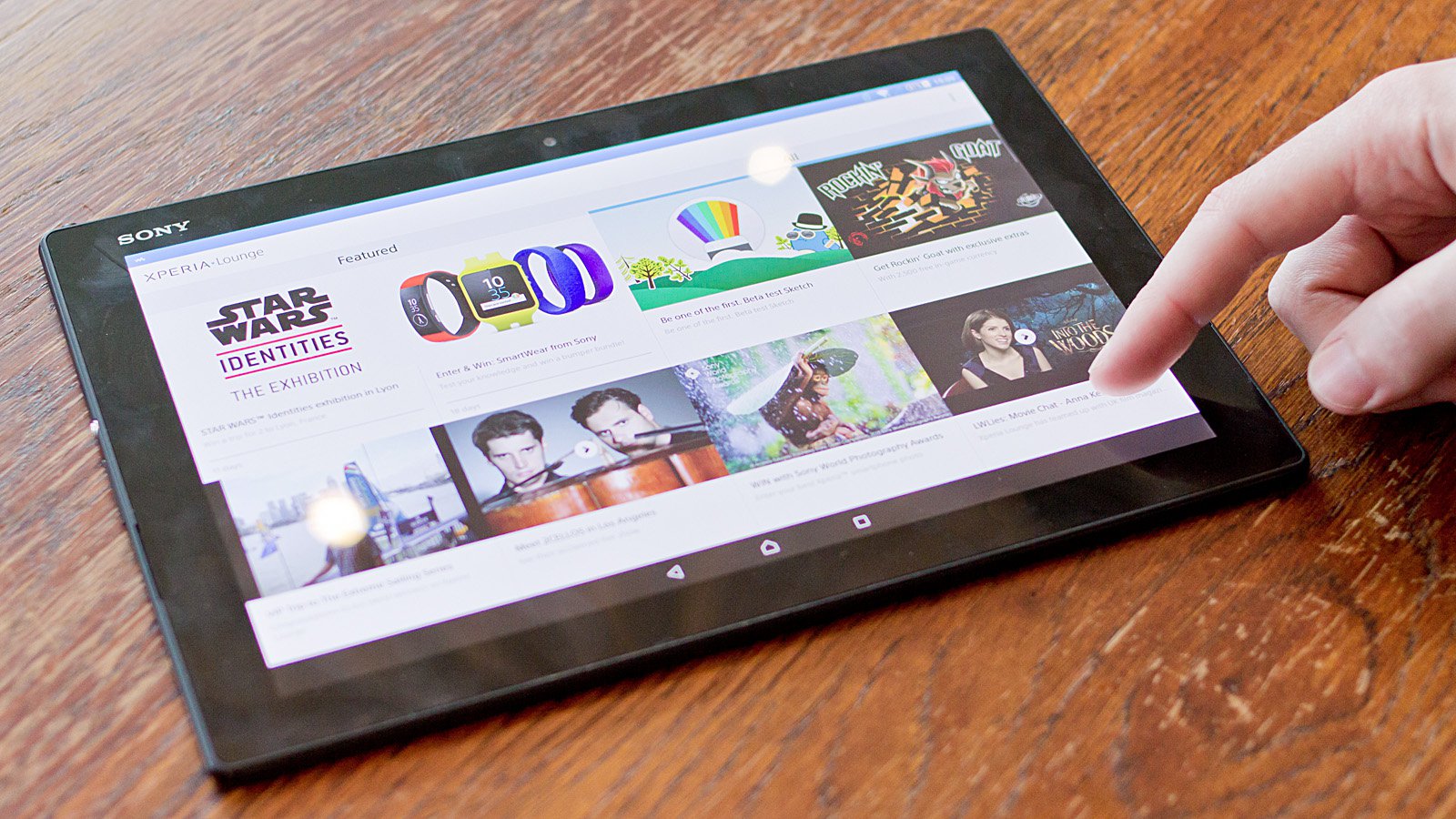 Sony has made quite a few announcements at the MWC in Barcelona, including that of Xperia Z4 Tablet. It is supposedly the lightest and slimmest 10 inch tablet that is there in the market. The tablet shall be launched to a lot of stiff competition from the sleek Samsung Tab S 10.1 and the Nexus 9 designed by HTC along with the iPad Air 2 from Apple. How does the Sony Z4 Tablet compare with the Cupertino made tablet?

To begin with, the Apple iPad Air 2 is slightly smaller than the Sony Xperia Z4, by almost 14mm in length which means that the Apple device has a smaller footprint compared to the Japanese device. However, the area where Sony Z4 Tablet cuts the edge is its weight which is close to 50 grams lesser than the iPad Air 2. In fact the tablet is rumoured to be so light that could float on water even!

The iPad Air 2 and Xperia Z4 tablet both have great designs along with well rounded edges. The aluminium frame has been given in both but iPad Air 2 has an aluminium finish till the rear while the back of the Xperia Z4 Tablet has a tactile matte finish at the back. The iPad Air 2 has the Touch ID which means that fingerprint scanning on the iPad model is possible while Sony does not have any such features. The Xperia Z4 Tablet has a dust and water proof body for its IP68 and IP65 covering while the iPad Air 2 doesnâ€™t have these kinds of features. The colour finishes are slightly better on the Apple products as they come in metallic options such as gold, space grey and silver compared to white and black from Sony.

Camera
The Apple iPad Air 2 has a primary camera of 8 megapixels resolution while the front camera is a 1.2 megapixels one. However, the Sony Xperia Z4 has a 5.1 megapixels front camera and primary camera of 8.1 pixels. Both tablets support HD 1080p video recording along with software features. However, Sony delivers a little more in the area. With this tablet, you get to use the identical suite of the apps as the firmâ€™s flagship smartphone Xperia Z3 on both rear and front cameras including AR Fun, Superior Auto along with Timeshift Video. On the other hand iPad Air 2 has the Slo-Mo and Burst Mode along with features like Timer Mode.

Both the tablets come with 64 bit processors embedded within. The Sony Z4 Tablet has the Qualcomm Snapdragon 810 chipset which clocks a speed of 2GHz and GUI of Adreno 430 graphics. The iPad Air 2 has the A8X chipset from the company. Both the devices are speedy enough.

The storage enabled in Xperia Z4 is 32GB which can be expanded up to 128GB via microSD cards. This is quite handy for storing photos and videos rather than apps. iPad Air 2 comes with storage options of 16GB, 128GB and 64GB which cannot be expanded. This could be quite disappointing for users who use their devices for storing videos and movies. The Sony device has a better battery capacity at 6000 mAh which has 17 hours of playback while the iPad Air 2 can playback movies for only 10 hours or so.

iOS or Android
The software enabled in both devices is poles apart- the Sony Z4 Tablet has the Android 5.0 Lollipop on board while iPad Air 2 comes with iOS 8. If you own an iPhone then opting for the iPad Air 2 would be a good idea as the OS is familiar and syncs well with all your other iOS devices. On the other hand, Android users would be better off with the Z4 tablet for the same reason.

Both phones come with their strengths but Xperia Z4 upgrades their users to become a member of Xperia Lounge Gold which provides you with exclusive content. The Z4 also has a Remote Play function that allows you to remotely operate your PlayStation 4. The iPad Air 2 has been enabled with AirPlay and AirDrop along with Siri which are quite handy if you have different Apple product products. The apps specific for iPad are way more than those for Android Tablet.

Conclusion
Both the devices are great looking ones but the Sony does manage to edge out the Apple one. The tablet is waterproof, lighter, offers a crisper and bigger display and the battery life is going to last you almost twice of what the Apple device would. The front camera has a better resolution and the storage space can be expanded via the microSD for storing all your content. Also, PS4 owners would benefit additionally as they can control their games through remote control. The Xperia Z4 may also be a little less expensive, compared to the iPad Air 2 16GB even.

The Apple device has a premium design compared to Sony along with smaller footprint and touch ID. The highest storage option allows you to download additional apps, which is not possible with Sony. However, the highest storage capacity device is priced at GBP 559 for the model enabled with Wi-Fi only, which is almost GBP 200 more than what Sony is offering. The app ecosystem is also quite expansive and is a little ahead of Googleâ€™s Android.

The Sony Z4 Tablet is probably the nearest Android device that you can come to with Apple iPad. The specs are more or less the same which means the design shall be the deciding factor for both the devices. Unless both the devices are extensively tested it would be difficult to comment on which is better.