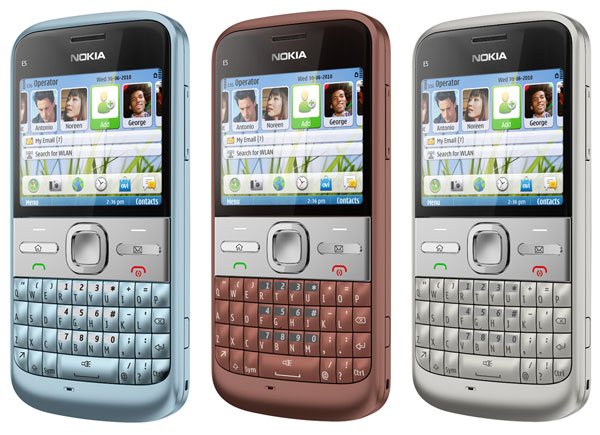 Being once the most popular choice for mobile phones, Nokia has come a long way over the years trying to keep up with changing technology demands and delivering reliable handsets with good built and performance. Following is a list of the best Nokia mobile phones below 10000 that has been popular amongst users in recent times. 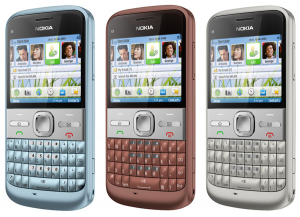 This one is of the best based phones from Nokia that comes closest to giving you an Android based OS experience; the operating system however is Nokia X Software v2 with a different user interface but with the support of all android based games and apps.The X2 is a dual-sim smartphone available in four different colour variants of white, black, bright orange and bright green. It features a Qualcomm Snapdragon 200 dual core processor with 1 GB RAM and internal storage space of 4GB, expandable up to 32 GB via micro SD card. It has a 5MP camera with an additional front camera, both of which offer good quality pictures.The screen size is 4.29 inches and has a battery life of 1800 mAh. Like the Lumia series, the X2 offers accessibility to maps even when offline. Priced at around Rs. 7500, the handset offers a decent performance.

With the large 11.94cm screen being its notable feature, the Lumia 625 is in line with its current trend of big screen phones giving a good competition to its rivals at a price of around Rs. 7000. The phone has a 5MP camera with LED flash and full HD recording capabilities and a 0.3MP secondary camera. Packed with a 1.2 GHz Qualcomm Snapdragon S4 Dual Core processor, the Lumia 625 offers a decent performance.

The Lumia 525 with its low price and attractive appearance in bright colours and a unique design helped Nokia gain back its popularity in the mobile phone market which was overtaken by low priced Android phones. For those who do not have an issue with the Windows OS will find the Lumia 525 to be a good buy. However, its 512 MB RAM and lack of front camera makes it a weaker choice when compared to smartphones with Android options available in a similar price range.

The Nokia E5-00 had garnered much popularity with its Qwerty keyboard feature and a solid design, launched before smartphones became the only choice for customers. The handset operates on a Symbian operating system. It also offers a good battery life and excellent connectivity options. Its poor visibility under direct sunlight, an average performing camera and outdated operating system however has made it less popular in the recent years.

Yet another from the Lumia series, the Lumia 630 is another low budget windows based smartphone that became one of the most popular smartphone handsets after the Lumia 520. In terms of design, it is similar to most of the phones under the Lumia series. Operating currently on the upgraded OS of Windows 8.1, the handset comes packed with a 1.2 GHz Quad-core Snapdragon S4 processor and a 512 MB RAM. It also comes with a dual SIM variant. It has a decent size with a smart rectangular design and available in eye-catching colours. The screen resolution is 271ppi, features a 5MP camera but no front camera and a 1830mAH battery. With an internal memory of 8GB, the phone allows expansion up to 128 GB via micro SD cards.

The Nokia C500, a simpler handset when compared to the high end smartphones offers a 2.2 inch display screen with resolution of 240×320 pixels, storage space of 50 MB and a 5MP rear camera and a front camera. It is powered by a 600 MHz processor and 128 MB RAM and expandable memory via micro SD card. Overall, it is simple, cheap and easy to use reminding you of older times when these features were all one could imagine of having in a phone.

The Asha series was launched in India as the range of affordable smartphones with full touch interface. The Asha 311 features a 3 inch touch screen with resolution of 240×400 pixels, a storage space of 140 MB and 3.2 MP rear camera. The handset is powered by a 128 MB RAM and 1GHz ARM and operates on the Nokia S40 OS. Unlike its Symbian counterparts, the Asha became a popular low budget smartphone after its launch. It however lost popularity to its Android based counterparts from rival companies offering better features at a similar price range.

The Nokia Lumia 710, another handset from the Lumia series comes with a 3.7 inch display and 480×800 pixels screen resolution. Internal storage is 8GB expandable via micro SD card. It features a 1.4 GHz processor, 512 MB RAM, 5MP rear camera. The phone operates on the Windows OS 7.5 and has a battery capacity of 1300 mAh. Overall, the phone offers outstanding value for money with its good performance on a low budget. Its downside is the camera which is slow to load and the washed out screen appearance.

The Nokia Asha 502 comes with a small screen of 3 inches and a 240×320 display resolution, 64MB RAM and 5MP camera. It became a popular budget smartphone at a low price with its good battery life and appealing design. It has however been replaced by phones with better specifications and performance in a similar price range in recent years.

Available in colours of black, white, bright blue, yellow and red, the Nokia Asha, Nokia 208 dual SIM handset is a popular choice for low end frill-free phones. The handset features a 2.4 inch screen with 64 MB RAM and 1.3 MP rear cameras. It delivers a good performance with its 1020 mAh battery life and storage of 256 MB. It became one of the many affordable 3G phones during its launch with a long standby time of up to 33 days.