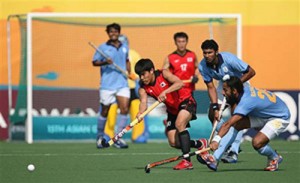 What is the national game of India? Hockey? Are you sure? You have read this on the study book or general knowledge book. By book, you are absolutely correct. But those people could not study books like you, depending on general source of information or common sense, he or she very easily can come up with an answer cricket. Still if you go to various Indian villages, you will found many answering cricket. The reason is very simple. They are not wrong at all. The hype they see and feel in India for cricket, the answer is expected.

The popularity of Indian cricket was always there. But not only that, the popularity is still increasing. There was a time when cricket used to be 3 days of single inning test match and 5 days of double innings test match. 3 days test are no more in business. 5 days are still being played by the cricket playing countries though the future of test cricket is about to sink deep. There was a time when one day match used to be a 60 overs inning match. Later it came down to 50 overs inning match. Each team will get 50 overs to bat. This is still in being played and popular form of cricket though it has lost a big time popularity after the 20 over inning match had been introduced. So there is more or less a popularity percentage for particular forms of cricket but the popularity of cricket is high in India.

Competing with cricket, hockey found a tough asks to get the popularity. Players always try to put extra effort to get the popularity strike in India like cricket and cricketers. But they fail. Couple of years back there was a time when hockey also had popularity in India. That time Indian cricket had different phase. Cricket was not so regular like this time it happens. People used to sit to watch the hockey match but nowadays the cricket happens so often that overtook the popularity.

The recent popular stuff on television for India, Indians and the overseas also is Indian Premier League. A huge amount of money count, big players, and big arrangements make it look so glamorous. It was started 6 years back. Hockey was entirely covered under when it was started. Yes a question can come to your mind that how IPL covered up or pushed back the game hockey, it does not run entire of the year. Correct it is.

But IPL is long tournament of 45 to 50 days. The other cricket playing country boards have found the popularity of IPL is so high all over the world; it is tough to deny and arrange non Indian cricket tour. It makes no TRP, no endorsement, and no profit. Watching the popularity of IPL, this year the premier league of hockey is being introduced with the same pattern IPL is played and arranged. But after the first season of the Indian Hockey league, hockey is unable to retrieve its popularity back though it is still the national game of India.