Checking out the Xiaomi Mi4i 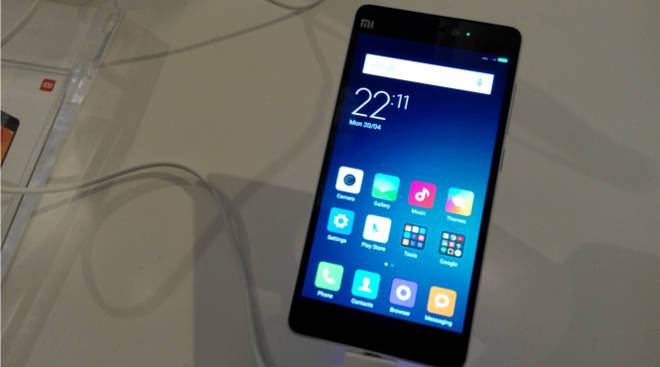 Xiaomi is one of those rare breed of smartphones which actually manage to outstrip the competition based on sheer design excellence and features alone! Throw in competitive prices and you get the measure of the companyâ€™s success all over the world in recent times.

India is no exception to this success story and several Xiaomi models have managed to rack up sales figures that would be the envy of older, more established counterparts in the market. Online retailers have been going crazy with regard to offering Xiaomi smartphones to their buyers and phones like the Redmi have actually paved the way for the introduction of the brand into the market.

The brand possesses a loyal following of customers today and its Xiaomi Mi4i smartphone is definitely set to take the whole experience to a new level altogether! The market for mid-range smartphones is huge in India and several companies have been competing with each other to create a competitive niche in this segment lately. The smartphone showcases an alluring uni body design template that is pleasing to the eyes and comes with a single polycarbonate body that engulfs it fabulously indeed. The square edges are well defined and the corners are rounded to finish off the look. The smartphone offers steel buttons for the volume controller and phone lock. The design is itself quite sleek and compact and makes the smartphone easy to use.

This smartphone comes in five different colors for customers, namely yellow, black-grey, pink, white and blue sky. The compactness of the device is a big boon along with only 130 grams of weight makes it light enough to hold and use for long periods at a stretch. This smartphone can be carried and stowed away in your pocket quite easily thanks it to its flexibility and compact dimensions. The smartphone comes with a JDI display unit of 5 inches and offers a totally laminated OGS unit as well. Another advantage lies in the ultra-high color feature in addition to High Definition attributes. Pixel density stands at around 441 ppi while resolution stands at 1080 by 1920 which is pretty decent for a smartphone in this segment.

The Xiaomi Mi4i also comes with impeccable matte finishing and soft touch in addition to a helpful anti-grease coating that makes it tougher to use on a regular basis. Whatâ€™s best is that this smartphone can actually churn out quality images even in bright daylight owing to its Sunlight Display feature. This is something that is not possess/ed by most smartphones in this segment and will definitely establish Xiaomi as a clear favorite amongst shutterbugs and selfie freaks alike!

The camera is another area where Xiaomi has vastly improved, particularly with its 13 megapixel rear snapper which comes with a whole host of features including the CMOS image sensor and two dual tone flash which are both coveted attributes. The camera possesses a 5 elements lens along with an f/2.0 aperture which ensures superior image quality. The front camera of 5 megapixels works fantastically with regard to video calling and taking selfies. The front camera uses an f/1.8 aperture in addition to a 5 elements lens. The camera software is easy to use as well and comes with several thoughtful add-ons like an in-built torch. Another fabulous feature is Beautify which helps edit your images superbly by eliminating all wrinkles and marks from the faces of persons photographed in addition to imparting a glowing look to the same! HDR is another area where this smartphone scores and this also enables fantastic pictures in both bright and low light conditions. This smartphone is definitely a shutterbugâ€™s paradise going by all the features on offer!

Overall performance is pretty good as well as the Xiaomi Mi4i comes with an Octa-Core 64 bit 2nd generation Snapdragon processor that dishes out superlative performance at all times. Efficient ARM Cortex A53 architecture is another plus point along with the 2 GB of DDR3 RAM and 16 GB of internal ROM memory. This 1.7 GHz processor is the real backbone of this device and will ensure total non â€“compromise with actual performance even while using multiple applications. The smartphone also makes use of Androidâ€™s L OS which is nothing but the Android Lollipop 5.0. The UI is also user friendly and will be a treat to use owing to its seamless touch based mechanism.

The Interactive Voice Response or IVR feature is another major attraction for tech lovers. This helps you find out more information and other help through a voice based calling system which automatically gets back to you with all the knowledge and support you require. You can also see various options in a text based format. This is one feature that takes customer support and service to a whole new dimension altogether and can come in handy when it comes to garnering information about train tickets, restaurants and more! This smartphone supports several languages including Bengali, Hindi, Kannada, Tamil, Malayalam and Telegu. This is a dual micro sim and dual standby device which comes with 2G, 3G and 4G connectivity options alike along with Wi-Fi compatibility.

Bluetooth 4.1 is another handy feature of this device along with GPS. The MINO-MU feature is another special introduction in this device and this brings down overall downloading time by boosting speed considerably in comparison to regular Wi-Fi networks. This smartphone will initially be available on online ecommerce portals and will soon be available in various retail outlets as well. Apart from India, the Xiaomi Mi4i will be available in various other countries as soon as the company sets the ball rolling as far as distribution is concerned.

Price is another aspect where 5 inch Xiaomi Mi4i will definitely trump the competition with one swoop! This is because the starting price of this smartphone will be approximately INR 12, 999 which is definitely quite reasonable and immensely low when you look at all the features on offer for users along with some special add-ons that are definitely segment firsts! Expect this smartphone to create a storm in the Indian market soon!