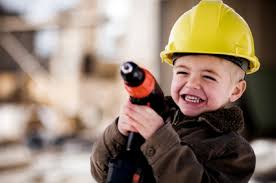 Competition is a basic tool for survival, from the day one we compete with variety of things which help us to figure out the better person in within us. Competition and survival are two most important strands that every single species hold on to survive in this world. Like the animals in the forests compete with various other creatures, some of their kind and others more powerful than it. The daily threat of their lives bring them to a conclusion that they need to compete and fight in order to stay alive in the forests- this is known as the â€œsurvival of the fittestâ€.

Education is the path towards civilization; it teaches us how to behave in the modern society where daily competition is in progress. During the pre-historic era we came to see how human beings evolve from ape and how they start to survive even with the list or no facilities. How they became civilized and how many rounds of development take place. So, education is a key through which we opens the door of being a civilized humans as well as acting as a great competitor for others who are present in the race.

With the education, we know have competition as well to nurture the child from the very beginning that the road to success is neither easy nor straight. One need to cultivate their qualities, polish their creativity and knowledge so that they could shine as bright as a star.Â  Nowadays even during the time of admission the principal seeks whether the parents of the child is literate or not, because it is believed if a woman in the house is educated the family becomes educated. The competition is natural nowadays. The competition which the students take part must be healthy, so that each participant gets a fair chance to play and run a healthy competition. No biasness should be there because it creates a gap between the two contestants, they should know that winning is not always important but to learn out of it is the basic criteria for the competition.

Competition in the field of education creates self-realisation about oneâ€™s positive and negative traits that they have and hence help in realisation. Competition allow us to learn that each and every person is different and they have different viewpoints, so it teaches us not to underestimate others and not to be proud of oneself, over-confidence leads to downfall. Competition is a powerful motivator that leads the student to strive more hard to work for success. While competing, one learns that life teaches us in weird manner in various levels, so they became prepared of whatever that comes to the way take it as a challenge this makes life easier to sustain. So competition and education goes parallel hand in hand for better progress.

Life is a game of chess, changing with every single move so one need to be very careful while playing it, as a single wrong move and everything goes in vain.