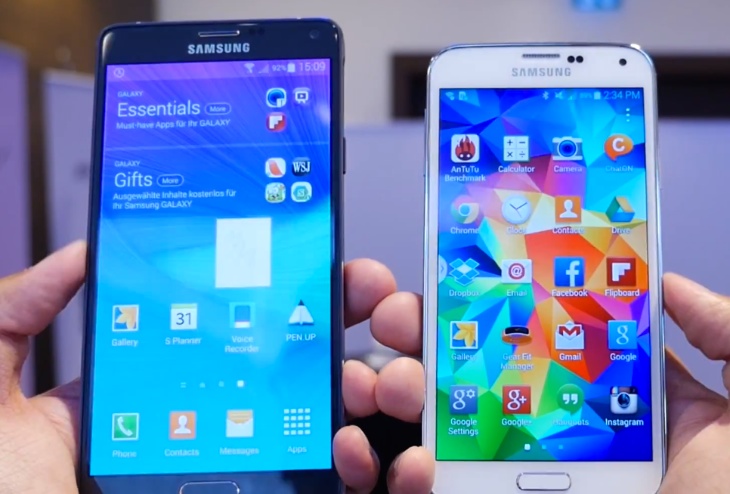 The Samsung Galaxy Note 4 launched last year made Samsung come back to the fore. Hence, the Galaxy Note 5 has a lot riding on it, for living up to the success of its predecessor. Even though the Galaxy S6 has captured much attention in the moment, given the upcoming release of the phone, this device has been a flagship for the South Korean maker.

The company may alter their positioning of the device slightly. The Galaxy Note is the most acclaimed series by Samsung and Apple has already shown that the iPhone 6+ has begun reshaping the market for phablets soon enough.

Even though, the upcoming Galaxy S6 is one of the most blatant competitors that the iPhone has currently, the latest offering from the Galaxy Note series is ready to become another competitor to the Cupertino firmâ€™s latest product. Given the fact that the Galaxy Note 4 was very well received and stayed afloat in the onslaught of other devices, the next version of the series has to provide something which is quite outstanding for building upon the positive and success perception.

Exynos chipset in the Galaxy Note 5
Samsung has already started a large scale production of the latest Exynos processor, which is the octa core Exynos 7 CPU. A lot of market insiders expect that the technology shall be used in the Galaxy Note 5. Samsung has stated that the processor shall be embedded in some of the latest products by the company towards the latter half of this year. The high power of the previous Galaxy Note handsets suggests that it shall be a front runner for the technology.

The technology of Exynos is something that Samsung is still working on currently. It is very interesting as it has the FinFET 14mm process. It is reported that the top notch technology provides twenty percent faster performance, lowered power consumption by thirty five percent almost and a productivity gain of thirty percent. It is a very attractive proposition given that Galaxy devices have been acclaimed much for the outstanding battery life which they deliver. The idea of a better Galaxy Note phablet which uses up lesser power shall indeed be an irresistible prospect for current fans of the device.

Upgrade of Display Unit
Significant updates of screens are also expected when Galaxy Note 5 is introduced in the market. Newer details which have been introduced in the market are that this will be the first device from Samsung which will have a resolution of 4K. The resolution of the device has been quoted as 3840X2160 pixels, which is almost twice of what was enabled in the Galaxy Note 4. The display unit that the Galaxy Note 5 shall have is a Super AMOLED one which was there in the Galaxy Note 4. It is one of the best displays that there is in any mass market handset. Therefore, a version which is vastly bettered could make a big splash among the niche mobile market.

Samsung is also quite sure of continuing the delivery of curved screen technology with this phablet as well. The company is already widely associated with curved screen devices. Samsungâ€™s range of hi-tech televisions with curved screens has been high acclaimed for their display. The company has been a front runner when it comes to this technology and has indeed set an industry wide trend. Rumours have already started doing the rounds that Apple shall release curved screen versions of iPhone when it launches iPhone 7 in early Q4 or late Q3 of 2015.Â Therefore, it is quite certain that the company shall launch a curved screen variety of the Galaxy Note 5, which shall be named the Galaxy Note 5 Edge. It shall be interesting to note whether Samsung deviates significantly from the design it makes use of in Galaxy Note Edge which was launched last year. It is probably that with Galaxy note 5, the company shall produce a handset which is enabled with a proper curved screen, instead of one which has curved edges, as was seen in the Galaxy Note Edge.

Wireless Charging
Most market insiders expect the Samsung Galaxy Note 5 to be enabled with wireless charging. It is being promoted as a strong feature in the upcoming Galaxy S6 and S6 Edge which has been introduced in the Barcelona Mobile World Congress. Even though this rumour has not been confirmed by Samsung, the conjecture that Galaxy S6 shall herald the start of wireless charging in Samsungâ€™s handsets has gathered much evidence in its favour. If such is the scenario, then Galaxy Note 5 shall follow suit surely.

Given the fact that Samsung devices have outstanding battery lives, it shall be extremely attractive for the Galaxy Note users that the upcoming devices in the series are to be enabled with wireless charging. A blend of improved processing, better battery life, wireless charging and bettered power saving technology shall definitely make Galaxy Note 5 a very attractive package.

Samsung had established firmly that the Samsung Galaxy Note 4 is a world class device of 2014 the Galaxy Note 5 seems to be an improvement upon the current device. It will definitely better the class of Note devices in the market. The Samsung Galaxy Note, S6 and S6 Edge will definitely up the class quotient that Samsung has been missing for some time. The fact that the company has opted for metal unibody designs with non-removable backs indicates that the company is inclined to try out the latest features that companies such as Motorola are using in their handsets. Being one of the biggest smartphone companies, this handset will definitely add to the revenues of the company.