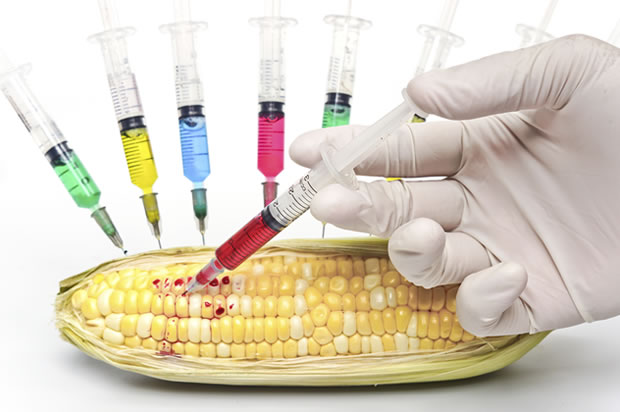 There has been worldwide uproar over the presence of several adulterated items in packed food, something which is bound to stir up a hornetâ€™s nest when it comes to food safety and standards across the globe. Adulterated food has always been a bone of contention when it came to the mainstream acceptability of packaged foods but consumers have always proven scientists and protesters wrong when it came to overall success and sales of the same.

Worldwide debates are now being raised relating to the safety of many foods that we consume on a regular basis. Nestle has fallen into a rut with its popular Maggi noodles brand being banned across several parts of India for containing MSG which may have long lasting health effects upon prolonged exposure to the same. Many other brands of noodles are also being banned as a result of such lead and MSG content.

Several ready to eat soups and daily meals are also being put under the scanner for their health quotient, particularly with growing fear amongst customers worldwide even though most companies have rubbished the claims. Adulteration is essentially clubbed under global food fraud, something which is defined as the substitution, tampering, addition and misrepresentation of food and food ingredients deliberately for financial gain. Adulterants are mostly used by corporations and companies to save on overall production costs but lead to subtle contamination of food which can be harmful to a large chunk of the global population in the long run!

For instance, use of grapefruit juice in a carton that supposedly contains 100% orange juice is totally misleading even though it may not be directly harmful. You may be a fan of packed, delicious sweets during festivals and special occasions. However, not all sweets are freshly baked and completely free from adulterated ingredients. Sweets and snacks are often prepared in bulk amounts to cope with the high demand during festival seasons. Often, chemicals like butter yellow dye and aregemone Mexicana are added to the oil used in these sweets. Refined palm stearin which is a non edible crude palm oil, is often used in Vanaspati as an adulterant. This chemical is used for soaps and when it goes into your food, you can only imagine the health effects resulting from the same.

Many packaged soups and pastas have adulteration in the form of colors which are used for offering visual appeal to customers. There are several synthetic colors which are banned under the Prevention of Food Adulteration Act of 1954. Permissible colors include Sunset Yellow FCF, Carmoisine, Ponceau 4R, Fast Green FCF, Brilliant Blue FCF, Erythrosine, Indigocarmine and others. These can be added to food in prescribed quantities only, something which is rarely followed by manufacturers looking to save on costs. Additionally, the color component has to be declared on packs, another area where manufacturers blatantly violate norms and regulations. Additionally, several non permissible colors are used in packaged food including Amaranth, Fast Red E, Malachite Green, Blue VRS, Congo Red, Amaranth and Green S among others. The entire framework is such that it is hard to pick out such violations but the damage is done to individual health at the end of the day.

Edible oil also contains several adulterants as mentioned earlier. Consumption of mustard oil containing Argemone Mexicana will certainly lead to epidemic dropsy, something which is now a huge issue amongst food safety organizations. These effects have been experienced across several areas like Kannauj, Gwalior and Lucknow. The toxicity of this ingredient is majorly because of active alkaloids like dihydrosanguinarine and sanguinarine. The toxication sites include the lungs, skin, liver, heart and kidneys among others. Symptoms include diarrhea, vomiting, bilateral pitting edema of the lower limbs, fever, nausea and sometimes death due to sudden respiratory and cardiac failure in some cases. Azo dye is another ingredient which is banned by several governments across the world but still manages to make its way into the food we consume on a regular basis.

Several edible oil adulterations have come in the form of the use of TCP which is an industrial chemical used in hydraulic fluids and varnishes. Calcutta witnessed a major outbreak of such poisoning in the year 1988 when 600 people were hospitalized with similar symptoms. Even Sri Lanka, USA and Durban have reported similar symptoms from time to time. There are several adulterants used in pulses and breakfast cereals as well. Flour for cereals is sometimes combined with dal arhar or Cajanus Indicus and Besan which may cause spastic paralysis of lower limbs over a prolonged period of time. This disease has also been observed in countries like Bangladesh, Ethiopia, Afghanistan and India. Another common ingredient which often takes the form of an adulterant is silver foil, for which there is not much knowledge regarding the prescribed quantities.

Even Maggi, as mentioned earlier, has been in the throes of a storm for MSG content. MSG or ajinomoto has always been used by companies as an artificial flavor but the damage it does to the tastebuds and senses is irreparable over a period of time. Over a period of time, exposure to MSG will lead to total sensitivity and cravings for the ingredient and will dull your senses into identifying natural flavors. Artificially produced flavors are all that the senses start craving and over a period of time, this leads to effects like headaches, nausea, vomiting and even more fatal diseases upon huge exposure.

With growing fury against global corporations for the presence of these ingredients, many countries and states are taking the shortcut route, i.e. banning the same from the market. However, it requires a comprehensive approach towards identifying the presence of chemicals and ingredients used by companies instead of focusing on specific products with a bid to eliminate usage of the same in the open market. The future holds promise with greater awareness and information amongst customers and heightened vigilance on the part of government organizations.