Has the Honda BR-V been a hit in India?

The performance of Japanese car makers Hondaâ€™s performance in the Indian car industry has been mostly dependent on two of their cars namely Amaze and City. That is in spite of the fact that Honda has got a reasonably varied collection of cars, most of which are in the mass segment. The compact SUV segment in India is quickly growing and has the capability to change the dynamics of performance of any car manufacturer.

Honda is marketing the BR-V as a compact SUV. It is quite a decent car to drive. But its appearance is very MPV type more than SUV. In fact, the restyled strong front fascia with chrome details looks slightly out of place with the overall design. It also misses few important features. The BR-V is also priced a bit towards the higher side. Unveiled at the Auto Expo in February, the BR-V on road price has beenÂ placed above Hondaâ€™s Mobilio with a price that starts at INR 8.75 Lakhs. However, the BR-V appears more of an MPV than an SUV, which raises questions over its success potential in India. 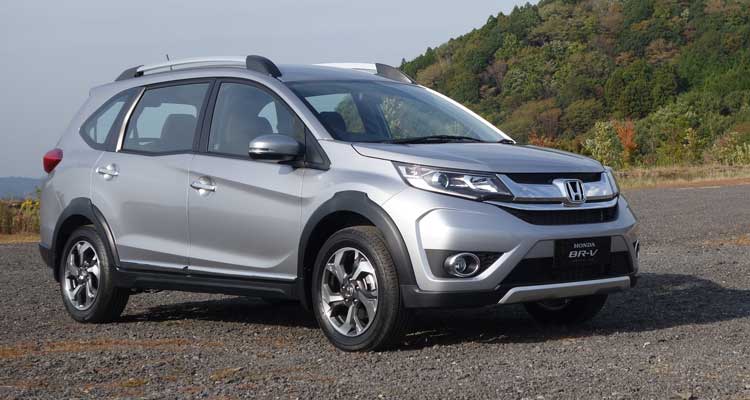 In terms of design, the BR-V appears to be a mix of multiple cars from Honda including the Brio, Mobilio, Jazz and City.Â  The front fascia of the Honda BR-V has got an exciting look to it, while the interiors of the BR-V are quite elegant and smartly designed.Â  With a boot space of 691litre, the third row inside the BR-V offers decent comfortable space with the seats down and moreover. The unique thing about the BR-V cabin is the three row seats which allow seating up to 7 people, which is 2 more than its rivals, but it needs to be seen if this feature gives the BR-V an edge over its competitors. The rear seats have their own AC vents. The BR-V has both diesel and the petrol engines – a 1.6 litre 16 valve SOHC petrol engine and a 1.5 litre 16 valve DOHC diesel engine. The diesel engine comes with only a manual transmission system whereas the petrol engine has both manual as well as a CVT. The Honda BR-V has a ground clearance of 210mm along with 16 inch tyres.

Honda has launched itsÂ BR-V on road price at an introduction of INR 8.75 lakh. Like most other Honda cars which are priced slightly above their rivals, the BR-V is no different. The diesel variant starts at about 10 lakh going up to nearly INR 13 lakh. Whereas, itâ€™s major rivals, the Creta and the Duster, are priced atÂ 8.5 to 9 lakh going up to 13 lakh, you can check the on road price of it by visiting IBB also. So clearly, the BR-V has no significant advantage in terms of price, over its rivals. This might turn prospective car buyers away.