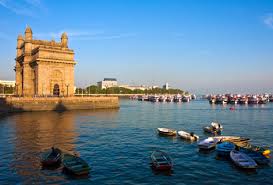 India is the most geographically diverse country all over the world. There is no other country with so much of geographical variations. The country is proudly situated at south Asia being the seventh largest country all over the world. It is surrounded by Pakistan and Arabian Sea in the west, Bangladesh and Bay of Bengal in the east, China in North an Indian Ocean in the south. India had been always in the heart of people with special place with all the uniqueness. India does not only contain geographical variety but it also contains variety culture, habits, food, clothes, language, life style and many more. More than 130 corer people live in this country.

The present economical structure is poor but that should not be the parameter of the country. The richness was there once and it is still present in the form of many different things. India holds one of the richest histories ever that the world has come across. It holds the history of one of the oldest civilization started in this country earlier and was much more developed than the other few civilizations that time. Harappa and Mohenjo Daro civilization is the name of that where the Indian civilization and history starts.

Probably that was not the actual start of Indian history. The term should be like the debut history of Indian civilization. Indian history started long before that and the two famous caves Ajanta and Elora containing the pride history of Indian on their walls. The finest of wall paintings and stone sculptures were found there. Those are the best possible example of rich history that provides information about imagination that ancient Indians had and capability of creating art work. The art work has been done on the sculpture had given the experts an idea about the tools they used to make those sculpture. The tools are highly impressive gives us a signal about the intelligent ancestors.

The wall painting found on the cave walls conveyed lots of information about their physical structure, life style, arms and many more things. The painting was created by scratching on the walls by something real sharp and few paintings were found colored. Natural products were used to color the picture. The creativity and capability of those people thousands and thousands years back amaze the people of this time, not only the Indians but the people all over the world.

It is said that India was one of the richest country as it had stored huge amount of raw materials deep in her breast. Many times many small groups of refuges had come to this country and found enough of resources for their life. Most of them never left this country and developed a mixed society as time moved on. During the past times India had faced many natural calamity that finished many civilizations. The proof of natural calamity has found in the wall paintings as they had painted about it and destructions of the places are found. Most of the left over pieces were found from deep under the soil.

The civilization of Harappa and Mohenjo Daro was also finished due to natural calamity. The civilization of Harappa and Mohenjo Daro was so advanced and the documentation found from there says that the society was controlled by women. It has been proved that women of that time of this civilization used to practice literature. They are the most advanced women considered as that time other civilization used to wear tree buckle and used signs and signals to communicate. People of this civilization had proper family structure and the every family had a proper living place or house. All the houses had same kind of structure and the bathroom of the house was very advanced. The shower system was also found in the bath room. Every bathroom used to have a stone box. It is assumed that they used to sit on that while taking a bath. The swimming pool was also found there that was advanced and customized specially for hot water and cold waters depending on need and time.

After the end of Harappa and Mohenjo Daro, Aryans came to the country and developed their culture and society. This was the possible start of varieties in culture. Later the Mughals came to the country and started ruling. As time passed they spread all over the country and the convergence of the culture happened and made India whatever it is today. But there is another history with this country. At the end of fifteenth century the Portuguese sailor Vasco Da Gama found the way to reach India and that was the beginning of Indian globalization and trading. Later Englishmen came here and started their business with foreign commodity and ended up ruling India for 190 years.

Many people ruled many times and they had created history in their way. Some had created great history and some made worst of history. Many made mixed history. Depending and carrying all these for many years India finally got her freedom in the year 1947. The political base became strong in India after that. It has gone through lots of ups and downs in the past and still going. This probably the way history goes. But people are not much bothered about that. The thing people love in India and that also bring thousands of people from all over the world every year.

The geographical diversity is one of the attraction factors in India. You can found almost everything this country and this is the reason it is called a rich country. You can find hills, sea, jungle, desert everything in one country. Apart from all these as it mentioned earlier the hand work of people is also some of the primary reason of attraction. Taj Mahal is one of that which has been voted and selected as one of the wonders of worldsâ€™ seven wonders. The structure is completely made of marble stone with the finest of unbelievable designs and polished finish which was done without any machinery.