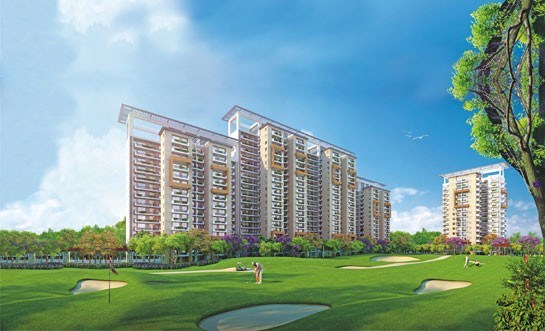 Bangaloreâ€™s housing sector has been on an ascent since the time the city witnessed the largest tech boom in the country. Now a hot bed of opportunities, Bangalore is the settling ground for Fortune 100 tech companies from around the world that are in search of talented resources on foreign soil. The cityâ€™s real estate industry has held hands with the IT sector in its uphill climb. The two have covered miles in this past decade, a journey that has ended with tremendous success for both.
Whitefield Real Estate, a Quaint Neighborhood
Among the many locations in Bangalore that has been highlighted for real estate reasons is Whitefield. Whitefield is not at the heart of the city as most would imagine. Instead, it is a near quite settlement in the eastern vicinity of the city. Originally a small patch that hosted the first Eurasian settlers in the 1800, the place still retains some of its West-influenced pastern. The quiet, quaint neighborhood off the city limits was suddenly flooded with attention after the tech boom in 1990s. Since then, the place has been given an infrastructural upgrade and promoted as a major suburb. Geographically, Whitefield is an annexure to the Greater Bangalore.
The Real Estate Pricing Trends in Whitefield
A decade after the IT boom first happened, the city was swarming with residents from all over India. This was a direct hint to the local developers to build more apartments and homes to house these professionals. Domestic developers collectively took up the project of urbanizing the city with sky high condos and luxury villas. The pricing of the apartments and villas in Whitefield Bangalore for sale gradually cleaved into a trend and by 2010 a distinct pattern could be traced in the cost structure. The average price per sq. ft. as recorded in the last quarter of 2010 was a little below Rs. 5000 which by 2011, same quarter surged up to above Rs.7000. The price pattern has silently, but surely crept upward since then. The zigzag motion of the graphs may indicate a fall in price subsequent to the rise, but the incidence of rise has been remarkably higher by comparison.
Luxury Calling
Stopping to take a quick look at the available residences in Whitefield, the neighborhood is peppered with plush apartments and villas. Understandably, the villas in Whitefield Bangalore are in greater demand or a greater number of seekers prefer independent homes over multi-family ones which is why the villas are far ahead in the race. And after all, for all the luxury features and architectures, why shouldnâ€™t they?
The housing complexes of Whitefield are cities within the city. The complexes sprawl over acres of land with hundreds of neat villas fanned across the expanse.
â€¢ The grounds are laid with small patches of gardens, walking trails, water pockets, fitness centers, sports courts and what not.
â€¢ Indoor game rooms are also seen in some housing compounds.
â€¢ There are some neighborhoods that even have bars and restaurants inside.
â€¢ Indoor swimming pool is a very common feature of these neighborhoods.
â€¢ Childrenâ€™s play area; multipurpose hall and library are others.
The villas are mostly duplexes with bathrooms mostly on the upper level. Ample open space in the form of terraces, backyards and balconies make the villas all the more spacious and airy. The street, the houses overlook are wide and paved on both sides for pedestrians. Wide driveways allow enough space for owners and visitors to park their cars comfortably. Trees lace the inner streets of the compounds which are a great advantage in keeping the campus cool, quiet and natural.