Taking a look at the Hyundai Creta anniversary edition 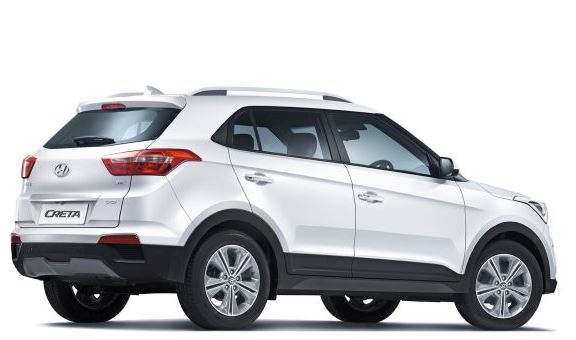 The Hyundai Creta anniversary edition was slated for a launch in India by mid-2016. This exciting piece of news was unveiled by the general manager marketing and group head, Hyundai Motor India Ltd., Puneet Anand, during an interview with GaadiWaadi.com. The Hyundai Creta Anniversary Edition is unlikely to receive any mechanical updates; however, it will get exterior styling updates and some additional features.

When it comes to cosmetic upgrades, in all likelihood, theÂ Hyundai Creta Anniversary Edition will get similar bits as the Elite i20 celebration edition which received body graphics and a contrasting color for the roof. On the inside, the buyers will be treated to special seat covers and floor mats, illuminated doorsills and even aluminum pedals.

Hyundai could even offer a car refrigerator as standard. The cosmetic upgrades are in line with the Hyundai Grand i10 and Xcent anniversary editions launched recently. Reportedly, it will also get a 6.2 inch Blaupunkt touch-screen infotainment system.

The Hyundai Creta has enjoyed bookings made by over 1 lakh customers since its launch in July 2015. Expectedly, the Hyundai Creta price will be around Rs. 30,000-35,000 more than regular versions. It is also being speculated that Hyundai may sell the special edition in limited numbers.

The 1st anniversary special edition version of the Creta was unveiled on Thursday, and the first unit has been gifted to the ace badminton player of India, Saina Nehwal, for her victory in the Australian Open Championship.

Car enthusiasts are sure to be fascinated by its stripe styled body decals in red and greyon the sides and rear of the SUV. It also boasts 17 inch diamond cut alloy wheels and 1st Anniversary Edition badge on the C pillar. On the interior, the seats have got dual tone treatment in red and black. Hours before its official launch in the country on July 7, the new edition had made its online debut through a spy shot, which also intrigued automobile enthusiasts.

This article is in collaboration with IBB. Stay in touch for more information automotive market.