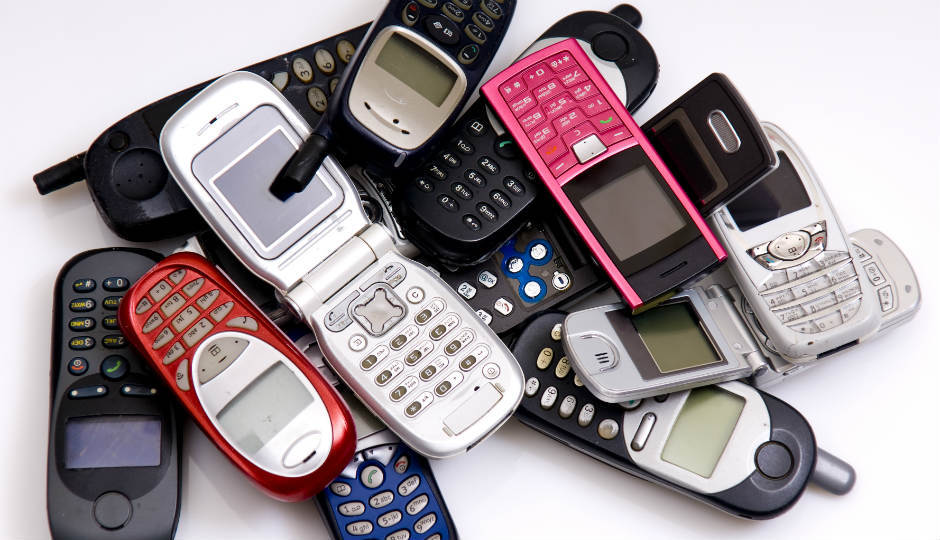 MobileÂ phones have come a long way with fast evolving technology and introduction of newer features in gadgets every year. The following is a list of some of the best-selling mobile phones of all times that includes handsets from the time that when it didn’t take much to impress users and no-frills simple technology was all that was available.
1. Nokia 1100

At a time when Nokia phones ruled the Indian market that is in the mid 2000 Nokia 1100 was one of the most popular handsets. Its best highlights were the flashlight feature other than the regular features of an alarm clock, stopwatch and calculator. With a simple monochrome display and no performance hiccups, it was an ‘almost perfect’ gadget to own during its time.The 1100 is by far the world’s most popular phone having sold more than 250 million handsets worldwide. The phone was nicknamed as ‘Penny’ by the Nokia team for its low cost price.The phone was in the news recently for presently being under a text run for featuring the Android 5.0 Lollipop and quad-core MediaTek processor with 512 MB RAM. This rebranded version however is unlikely to be launched before late 2016.

One of the first mobile phones to take the Indian market by storm was the Nokia 3310, launched even before the 1100. It featured the basic calculator, stop watch and reminder. Its sturdy build and battery life was enough to impress Indian consumers around a decade ago when this was all one could imagine having in a cell phone. It also featured the usable SMS messaging and the most beloved Snake game became one of the first affordable well-equipped phones in early 2000. It later offered many customisable options with swappable front and rear panels and had sold approximately 126 million handsets worldwide.

Considered to be one of the high-end models from Nokia during its release, it was one of the most advanced handsets of its time launched by Nokia running on the Symbian OS 7.0 featuring a VGA camera, music and video player, Bluetooth and extended memory card storage facility. It was probably the first kind of smartphones to be introduced in India. It also supported internet via WAP access and GPRS and had a 5-way joystick navigation system.

Yet another popular make from Nokia, the 2600 was released in the second quarter of 2004 featuring a coloured display screen with polyphonic ringtones, games and desktop tools. It also included a VGA camera with Video recording, Bluetooth, E-mail, 1000 entry phone book capacity and mobile internet access via a WAP browser. It supported FM radio and Nokia Express Audio Messaging. It is estimated to have sold around 134 million handsets worldwide.

When the Motorola Razr was first launched in 2004, it came to be categorised as an exclusive fashion phone due to its striking appearance. Prices however dropped the following year gaining further popularity. This iconic and trend setting thin phone came in 5 different colours and underwent several upgrades in the subsequent years to follow. Its features included a trim stature with flap open system, a flat keypad and metal skin that made it durable. It supported a VGA camera, Bluetooth, mp3 file support, voice dialling and a speaker phone. Display quality was considerably sharp.

Having sold as many as 65 million handsets, the Nokia 5130 and its subsequent launches of 5220 and 5310 was a popular handset from the Xpress Music series. With a display screen of 2 inches and weighing 88gm, tt enabled users to enjoy camera and video recording with 4x digital zoom, stereo FM radio, music apps and video playback, internet connectivity via WAP and other such features. It also supported conference calling, contacts with images, integrated hands-free speakers and other such features. It came with an alphanumeric keypad, voice command and 5 way scrolling with 3 labelled soft keys.

One of the first smart phones to enter the list of top 10 bestselling mobile phones of all time in India, this low-budget Android phone featured dual sim facility, 2MP camera, FM radio, 4 GB internal memory and a 512 MB RAM. It remained in the top slot for many months after its launch, having fulfilled the dream of owning a smartphone for many Indian consumers.

Another handset from the Nokia manufacturers, this phone came under the Xpress Music category and had impressive features during its time with a card slot, VGA camera, Bluetooth, Radio and internet accessibility via WAP. It had a sliding feature to reveal its keypad and volume and camera buttons at its side.

One of the classic quad-band GSM handsets launched in 2009, this phone gained popularity in the Indian market right before it was taken over by the smartphone storm. It featured a 2MP camera, Bluetooth connectivity, multimedia playback and numerous internet based applications including internet support via WAP connection. It was also WiFi and 3G capable. It was one of the first popular touchscreen phones from the Nokia makers.

One of the many popular smartphones from Samsung Galaxy series, the S3 and 4 are still popular in India with its many advanced features, impressive appearance and affordable price tag. It comes with a 5 inch screen, 13MP camera and a 2 MP secondary camera, 2GB Bluetooth, WiFi connectivity, Sensors etc.

From this list above, one can positively conclude that Nokia has been amongst the world’s largest sellers of mobile phones and held the top position in the market even less than a decade ago. However in recent years, it has faced stiff competition with smartphone makers Samsung, HTC, Apple, Blackberry, Micromax and numerous other upcoming brands. However, Nokia’s flagship Lumia phones helped it make a comeback garnering a good market share in the low-end smartphone sector offering sturdy handsets with decent specifications, good performance and build quality.